Why I’m Against Christmas Cheer

Taken at face value, who could argue against “Christmas cheer?” Everyone looks forward to the Holiday Season, so the lore goes. Christmas is a national reprieve from the mundanity of everyday life, a time to set aside our troubles, kick back, and revel in festivity.

When “cheer” is experienced genuinely, it can have great salutary effect. But when cheer is effectively enforced — by cultural and/or familial custom — it can do just the opposite. I don’t feel particularly compelled to adopt a cheerful demeanor simply because today happens to be the 25th day of December, and the expectation that I must sours my mood further. Ritualistic expressions of saccharine cheer are almost always pretty depressing, in fact, on Christmas or any other day. 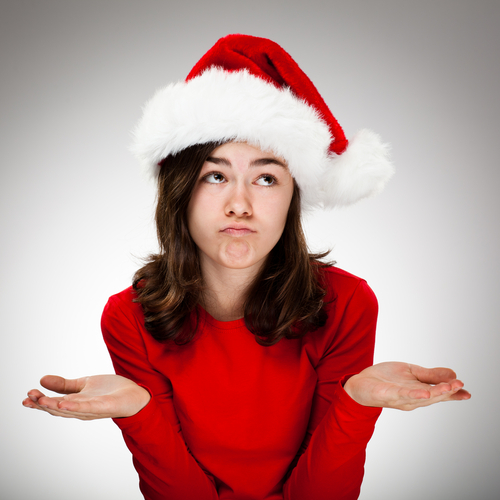 In 2008, Christopher Hitchens mused on “the moral and aesthetic nightmare of Christmas”:

As in such dismal banana republics, the dreary, sinister thing is that the official propaganda is inescapable. You go to a train station or an airport, and the image and the music of the Dear Leader are everywhere. You go to a more private place, such as a doctor’s office or a store or a restaurant, and the identical tinny, maddening, repetitive ululations are to be heard. So, unless you are fortunate, are the same cheap and mass-produced images and pictures, from snowmen to cribs to reindeer. It becomes more than usually odious to switch on the radio and the television, because certain officially determined “themes” have been programmed into the system.

I would argue that the yearly glut of manufactured holiday “cheer” actually fosters widespread alienation and detachment.

We all know people whose highest aspiration in life is to be entertained. They seek out pleasure in the form of trivial distractions — sports, sitcoms, gossip. That’s not to say that I have never sought out those pleasures, or that I believe they are always necessarily harmful. But I do think it’s important to recognize them as “low” pleasures. Fun, perhaps, but superficial and often mind-numbing. (I should make a distinction between playing sports, which can obviously be quite healthy, and plopping on the couch to watch sports on TV.)

To me, “Christmas cheer” is another manifestation of this rather base impulse — the need to constantly hop ourselves up on ephemeral happiness, which makes attaining lasting happiness more difficult. If you are able to derive genuine cheer from Christmas, that’s good. But I am very wary of the broader societal impact.