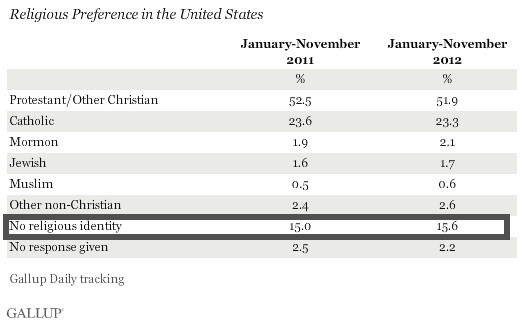 Keep in mind that these numbers include people who are religious (without a label) and people who believe in God (but claim not to be religious).

Still, we’re talking about a group of people that is larger than the Mormons, Jews, Muslims, and non-Christians faiths combined.