This is the Nativity scene the local Kiwanis chapter in Cheboygan, Michigan has been putting up on city property for the past 50 years: 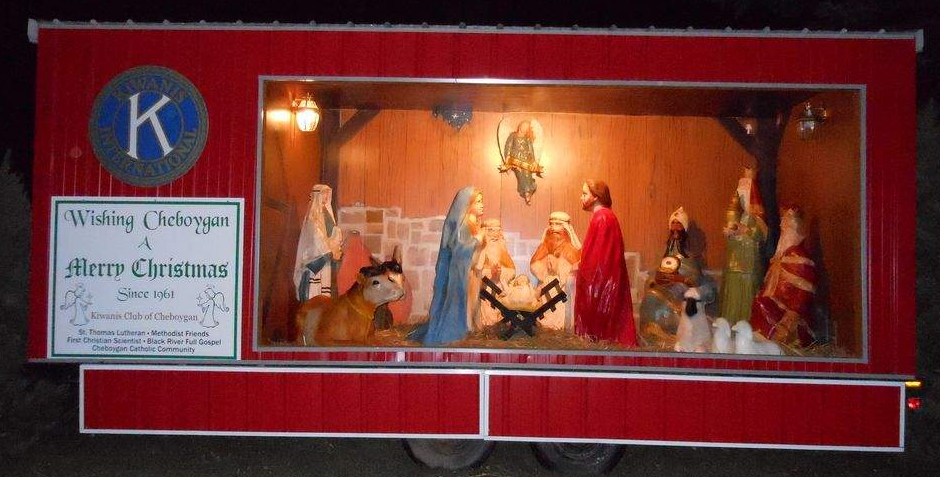 Of course, you all know that can’t happen on government property since it’s an endorsement of Christianity. The Freedom From Religion Foundation knows this, too, so they told the City Council they wanted to put up their own sign nearby. After all, if you’re going to endorse one belief system, you can’t discriminate.

The City Council had a decision to make: Allow the FFRF sign (which they didn’t like) or ban all religious/non-religious displays on public property.

On the advice of the city attorney, Cheboygan City Council decided Tuesday night to prohibit all private displays on city properties after a Madison, Wisc., group wanted to post a non-religious sign next to the Kiwanis’ nativity scene.

Councilwoman Theo Lepp said putting a banner with words up near the nativity that does not have words, is not an equal comparison. Councilman Nicholas Couture said that is not the case.

“The scene doesn’t have a statement, but the reality is the symbolism is just as powerful,” he said. “As government officials, we can’t discriminate.”

He said it was not realistic for the city to allow the nativity scene to stay and not put the banner up because of the cost of a lawsuit the city could face.

A lot of people complain about the FFRF sign and others like it, saying the messages are too combative. But this is one of the reasons FFRF takes this route: It forces city officials to decide whether they want to follow the First Amendment (and probably anger religious conservatives in the process) or get hit with an expensive lawsuit (which they would lose).

The Cheboygan officials had the option of allowing both the Nativity scene and the atheist display.

They chose to ban all displays instead.

I’m fine with that. I’m sure FFRF is, too. Let the local churches put up Nativity scenes on their own property. It’s not the government’s job to do that for Christians.

December 20, 2012
Alabama Chief Justice-Elect Roy Moore: 'Evolution Has So Distorted Our Way of Thinking'
Next Post