A Comedy Show for Atheists, by Atheists December 14, 2012 Hemant Mehta

A Comedy Show for Atheists, by Atheists 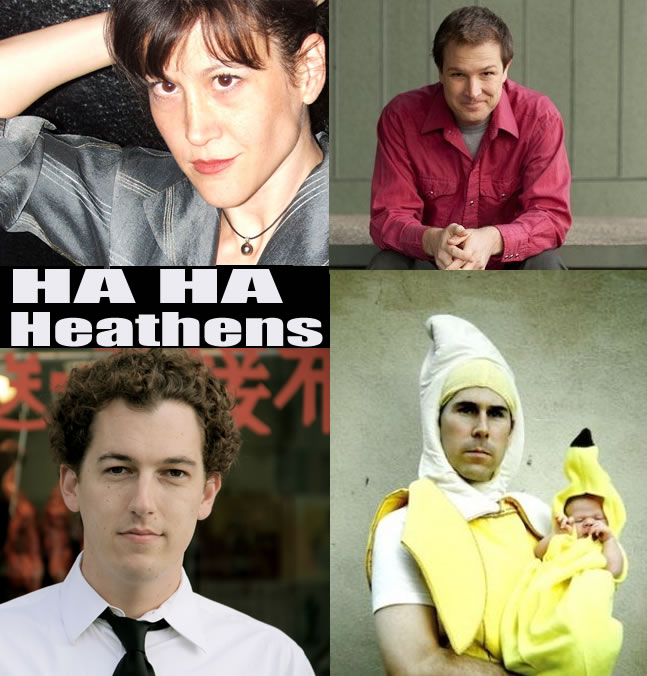 “Man, this is weird for me too,” says comedian Matt Gubser, his long brown hair flowing freely over a white robe, scarlet sash and a pair of shower shoes. “To be in a room where I don’t recognize a single person. And you call yourself a Christian nation.”

“I am totally cool with hookers,” Jesus continues. “Fishermen and hookers. I got a whole fishnet motif going.”

Friend-of-the-blog Keith Lowell Jensen began the show after going on the “Co-Exist Comedy Show” tour with people from different faith backgrounds and finding that “most of the audience were atheists.”

It’s a common, baseless stereotype that atheists are angry and humorless since we’re always arguing/debating/fighting about something or another. I love that this show turns that myth on its head. Comedy is best when it’s used against those in power and religion has always been the perfect target.

There’s another show taking place in Los Angeles on New Year’s Eve and tickets are still available. You know you want to go.

December 14, 2012
Bryan Fischer: God Could Have Saved Those Kids, but He Won't Go Where He's Not Wanted
Next Post