FOX News Host to Atheist: Your Billboard Offends Me So I’ll Mock the Murder of Your Group’s Founder December 12, 2012 Hemant Mehta

FOX News Host to Atheist: Your Billboard Offends Me So I’ll Mock the Murder of Your Group’s Founder

David Silverman went on FOX Business Channel with host Stuart Varney earlier today to explain why saying “Merry Christmas” to an atheist can be offensive.

Obviously that’s a hard line to walk — most people say it out of goodness, so why would that ever be a bad thing? — but Silverman explained that when a stranger says it, it’s offensive only in the sense that it presumes Christianity. And he’s working to change that.

I’m not sure I buy that explanation: I don’t think most people are thinking about religion at all when they say the phrase. It’s just something they say reflexively this time of year. But Dave’s right that there are many holidays being celebrated in December and you don’t have to celebrate “Christmas” itself to enjoy the season.

Even though the focus of the clip is on whether saying “Merry Christmas” is controversial, there was one moment that had nothing to do with that topic that made my jaw drop. It begins at the 5:14 mark:

Varney: She was murdered, wasn’t she?

Varney: For her money!

Varney: What do you care. She’s dead, right? 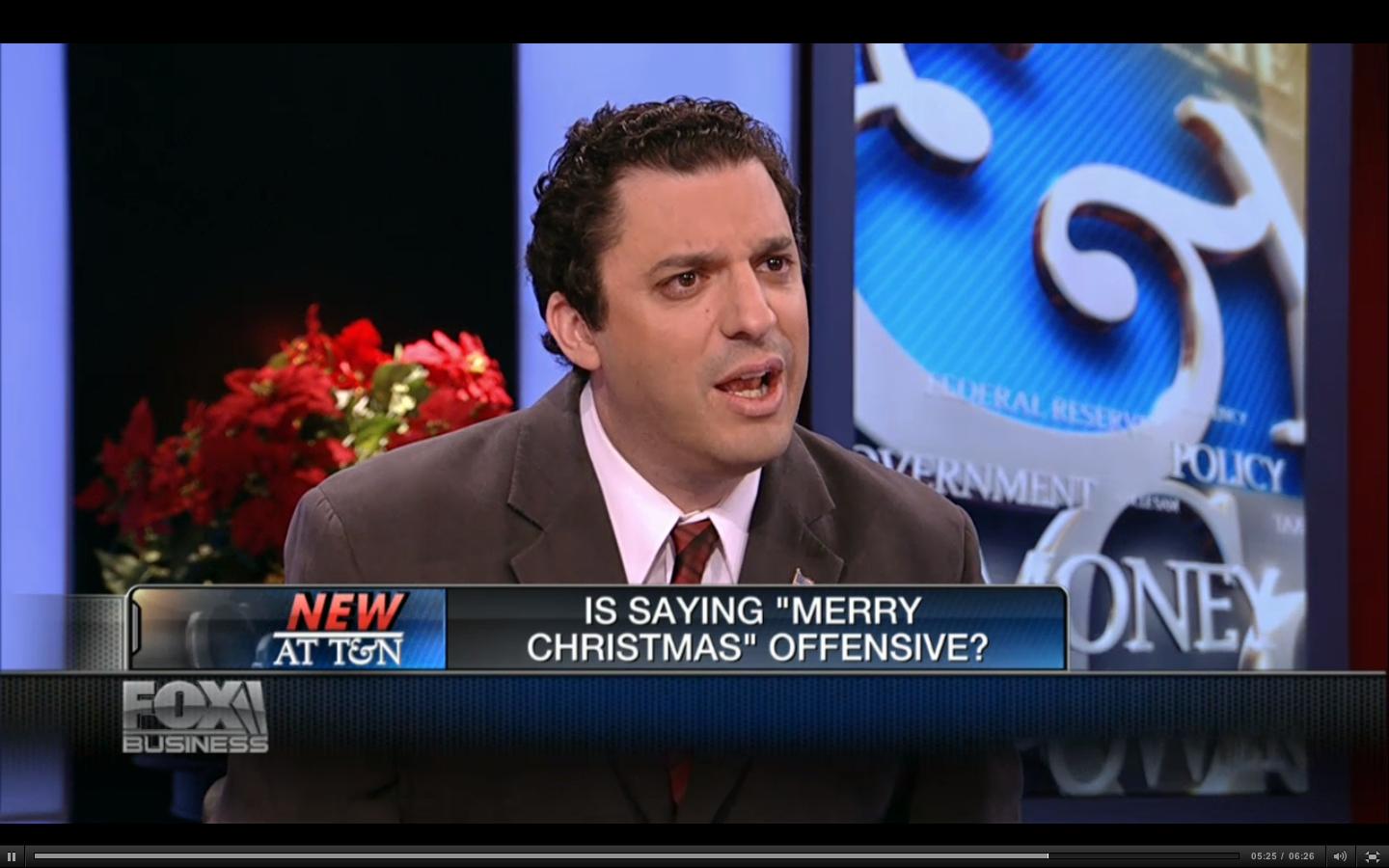 Back to the conversation:

Varney: What do you care. She’s dead, right?

Silverman: You’re not letting me speak, and it does get to me…

Varney: [Laughing] But you offended me with your billboard!

What the fuck sort of logic is that?!

You know how you put up a sign challenging my beliefs? Well, someone you deeply cared about was murdered! So I guess we’re even now!

How Dave managed to sit there for the last question and not jump out of his seat and not pull a metaphorical-Matt-Barber on Varney is a testament to his professionalism.

Varney doesn’t get it. Atheists aren’t fighting to rid the world of Christmas. We’re only opposed to government promotion of Christianity. We’d like to point out that there are non-Christians who celebrate this time of year for a variety of reasons and they shouldn’t be ignored just because they don’t buy into the Christ myth.