2011 Census Shows That a Quarter of England and Wales Residents Are ‘Nones’ Despite Poorly-Worded Question December 11, 2012 Hemant Mehta

The United Kingdom’s Office for National Statistics just released the results of the 2011 census and the results show that nearly 25% of the people in England and Wales profess no religion (PDF) — nearly 14,100,000 people. 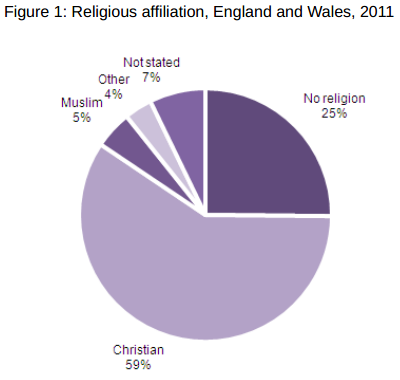 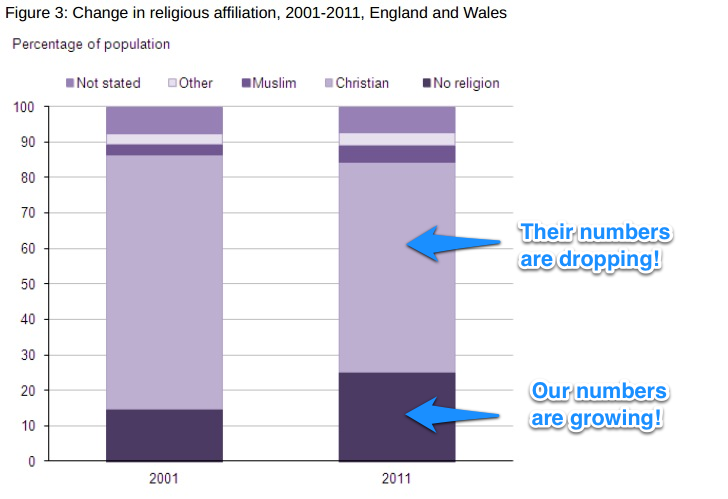 The New Humanist blog reports that these numbers come despite a poorly-worded question that assumed people were religious to begin with:

The rise in the number of atheists comes in spite of a question widely believed to lead respondents towards selecting a religion instead of the “No religion” option. The Census asks, “What is your religion?”, and secular campaigners argue that this involves an assumption that those responding have a religion. In the run up to the 2011 census the British Humanist Association ran a high profile campaign to raise awareness of the fact that “No religion” can be selected by those with no religious affiliation.

Paul Sims adds that if the question didn’t have bias in its phrasing, the number of people calling themselves non-religious could be as high as 50% based on results from another survey.

For what it’s worth, the city of Norwich can boast the “highest proportion of the population reporting no religion” at 42.5%.

Also, this video explains a little more about the numbers:

(Thanks to Matthew for the link!)

December 11, 2012
The War on Christmas Just Moved to Times Square
Next Post