Christianity is the Official Religion of the Washington Redskins December 10, 2012 Hemant Mehta

Christianity is the Official Religion of the Washington Redskins

After Robert Griffin III got injured near the end of the game, replacement quarterback Kirk Cousins got a touchdown and game-tying two-point conversion, Richard Crawford ran a punt back for 64 yards in overtime, and Kai Forbath won the game with a field goal, the Washington Redskins were still alive in their quest for a playoff spot and they had good reason to celebrate on Sunday.

In the locker room after the game, head coach Mike Shanahan handed out a couple of game balls and then led the team in a prayer to Jesus Christ: 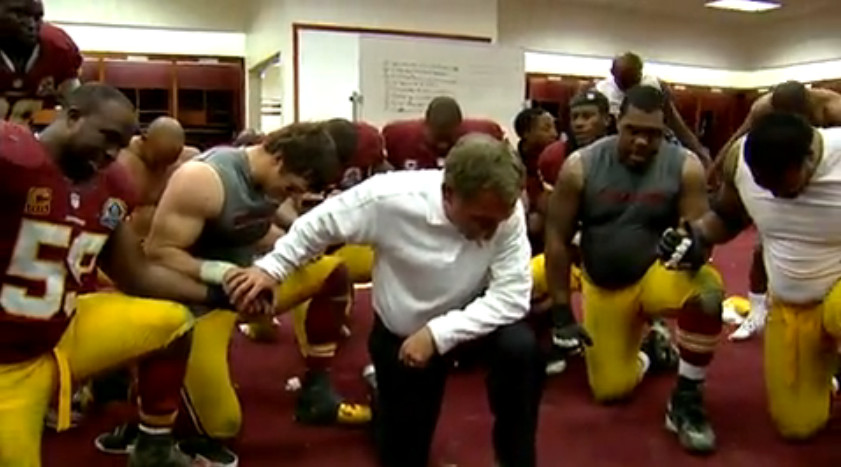 Our Father, who art in Heaven…

… and they all rejoiced and said the Lord’s Prayer.

Including, I presume, any number of players who aren’t Christian but who know they have to pray with the coach or face who-knows-what sort of consequence.

Who knew Christianity was the official religion of the Washington Redskins?

December 10, 2012 IHEU Issues Report on Anti-Atheist Discrimination Around the World
Browse Our Archives
What Are Your Thoughts?leave a comment