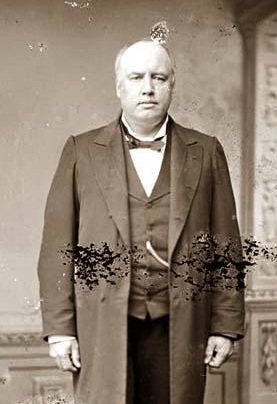 In the cover story for the latest American Scholar, Susan Jacoby pens a truly enlightening look back at the impact of “the Great Agnostic” Robert Green Ingersoll, leading light of what she calls “the golden age of freethought.”

Jacoby wrestles with the fact that Ingersoll — who was about as a big a celebrity as one could find in his day, with folks traveling hundreds of miles on horseback to hear him lecture — has had an eraser taken to his name in so much of our modern discussion of American history. She posits one theory about his waning notoriety:

The lasting absence of public consensus on the proper balance between religion and secularism in American life could easily be used to support the argument that Ingersoll’s current obscurity is richly deserved. He certainly did not put to rest the issue of whether the United States was founded as a Christian nation, with all of the attendant controversies about the proper role of religion in public institutions and rituals.

In other words, we don’t hear much about Ingersoll anymore (unless you’re an active skepto-atheist) because he ultimately failed to put this issue to rest, and our culture today has rendered him moot. But Jacoby goes on:

Yet the persistent tension and inflamed emotion surrounding these issues ought to enhance rather than diminish the Great Agnostic’s stature. Intellectual history is a relay race, not a 100-yard dash. Ingersoll was one of those indispensable people who keep an alternative version of history alive.

I like that very much. Just as Ingersoll was himself very much responsible for the raising up of Thomas Paine‘s legacy, which has stuck with us, perhaps the onus is now on us to rekindle interest in Ingersoll. In doing so, perhaps it gives us a new tool in our long-term project of extracting religion and superstition from government, a project that can look more daunting with each passing day (or each passing election).

The entire #longform piece is worth a read, and full of great stuff (as is Jacoby’s book on the wider subject of the early secularist movement, Freethinkers). But I’ll leave you with a bit of Ingersoll that makes me smile:

It is a great pleasure to drive the fiend of fear out of the hearts of men women and children. It is a positive joy to put out the fires of hell.