In a lawsuit filed by three same-sex couples against the state of Oaxaca, Mexico’s Supreme Court unanimously agreed that a state law stating that “one of the purposes of marriage is the perpetuation of the species” is unconstitutional. 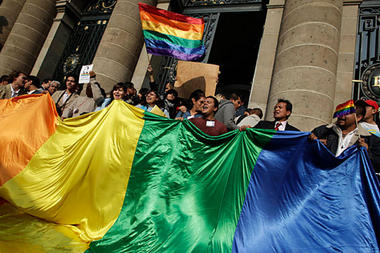 The court said in its ruling that to condition marriages to the union of one man and one woman “violates the principle of equality.”

Okay, America.  We are about to be the last country in North America to prevent two consenting adults from get married.  Mexico is 83% Catholic, and they are well on their way to doing the right thing on this issue.

Time to get it together.

December 6, 2012
Why Should We Help Young Atheists?
Next Post