As you are reading this, please bear in mind that this is taking place in 2012.

The UK’s Bristol University Christian Union has decided that women are welcome as speakers as long as:

Don’t worry, everyone.  They have an explanation.  Here is what BUCU president Matt Oliver had to say:

After a lot of time exploring this issue, seeking God’s wisdom on it and discussing it together as a committee, we made a decision about women teaching in a CU setting. We all hold individual convictions on secondary issues such a women speakers, which are often reflected in the churches we choose to attend.

It is good and right that we hold strong beliefs on the Bible’s teaching about secondary issues but they are not what we centre around as a CU and therefore are not always reflected in the CU’s practice.

After reading that about nine times, what I think he was saying was, “It’s okay that we disagree about some stuff in the Bible, but we still have to follow its teachings because that’s what we do.”  (Don’t get me started on the logic of dedicating your life to following a book despite the fact you disagree with a whole bunch of what it has to say.)

So, I suppose, if you are following a book that isn’t so big on Lady Power, it’s unsurprising that such groups are going to take this to its logical conclusion.

The worst part, for me, is that women can speak if they do so with their husbands.  Isn’t that just the ultimate in needing a man’s approval to be validated?

In an email, Oliver said, “It is ok for women to teach in any CU setting… However we understand that this is a difficult issue for some” and so they decided to put restrictions on when women are allowed to be heard. “A difficult issue for some“?  For whom?  Even the freaking Westboro Baptist Church allows women to speak.  BUCU, you are worse than the “God Hates Fags” people. 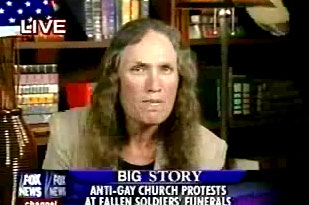 The BUCU should be ashamed of themselves.  I would fly to the UK and tell them myself, but I’m not married, so I wouldn’t be allowed to say anything.

December 4, 2012 The Secular Student Alliance Will Host Two Conferences Next Summer
Browse Our Archives
What Are Your Thoughts?leave a comment