There are so many examples of Christians behaving badly that they barely register anymore, but this one is pretty damn cruel.

Anika Bjornson, a fifth-grade student in Tualatin, Oregon, has a severe case of juvenile diabetes. It’s so severe that she has to bring a trained service dog with her to school so it can (amazingly, to me) let her know when her blood sugar is too high or low and she can take steps to correct it.

In a public school, that wouldn’t be a problem.

The Americans with Disabilities Act says that certified service animals are allowed to go anywhere the public is allowed to go, and that includes public schools.

The problem for Anika is that she attends Horizon Christian Elementary and they want nothing to do with her dog:

Bjornson says school administrators worried other kids might suffer from pet allergies, classmates would be too distracted by the dog, or Bassie would simply make a mess in the school building.

Speaking off camera, a school representative said the school is sorry, but they are doing what’s best for other students.

They’re allowed to do this, because it’s a religious school not bound by federal laws. But that doesn’t mean they should. Public schools make this accommodation because it’s in the best interest of the student who needs the help, and they’ll also make any accommodations for students who can’t be near the dog. It may be a logistical nightmare, but it’s the right thing to do for everyone involved. You would think a private Christian school would try to do even more than that — if for no other reason than to show the public how much they care about all of their students.

That’s not happening, though. The one time Anika needs support from her community the most, the school administrators just run away from her problem. It speaks volumes about their character.

By the way, Horizon Christian School boasts this on the front page of its website:

I fixed it for them: 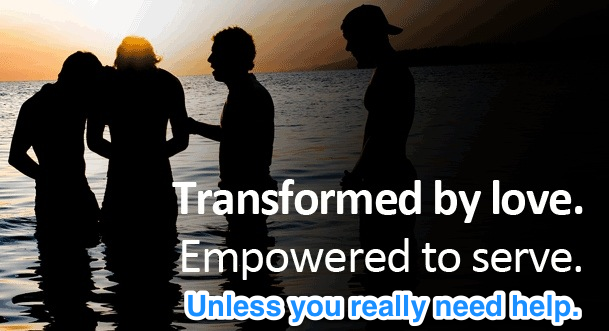 Anika will be transferring to a public school now. While my heart goes out to her for having to change schools mid-year, she’s going to be in a better place — and not just because of the dog situation. She’ll be at a school where education is prioritized over “being right with God.” She’s already receiving a warm reception:

“The teacher requested me,” she said. “He wanted me in his class because he loves animals.”

It’s good to see she’s being welcomed with the type of love she didn’t find in the Christian school.

(Thanks to @marissa_rae for the link)

November 30, 2012
Videos from 1991 Feature Richard Dawkins Discussing the Evolution of Life
Next Post