Quick update on Patrick Greene‘s potential lawsuit that I posted about this morning:

A vandal etched the word “EVIL” into a rug in Greene’s apartment complex and Greene has decided not to pursue the case: 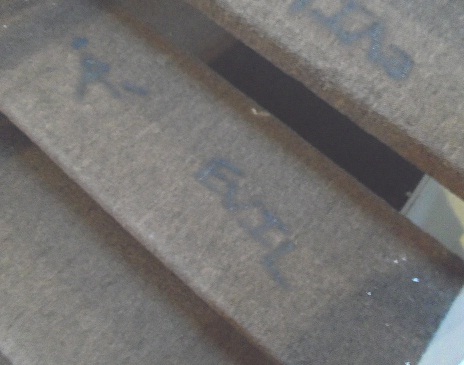 Patrick [Greene] tells KLTV in an email “Because of a death threat from some ‘peace loving’ Christians, the lawsuit has been canceled and no further legal action will be taken.”

… [Greene] then said in the e-mail, “If I filed [a lawsuit], our building would have been burned to the ground.”

Conspiracy theories are already floating around as to who the vandal might have been, but if this ends the silly legal battle over putting up a handwritten sign — and brings the attention back to the serious legal battle over whether a Nativity scene should be allowed on government property — then I’m ok with it. ***Edit***: I realize that last sentence makes it sound like I’m ok with the vandalism. I’m not. I was referencing Greene’s lawsuit and nothing else. My apologies for the confusion. If this was an attempt to scare Greene away from his lawsuit, I condemn it and I hope the police look into it. Given Greene’s past behavior and his habit of jumping to conclusions at the slightest of provocations, though, I’m skeptical of the nature of this “death threat” until more evidence comes in.

November 24, 2012
Baroness Defends Secularism in the UK's House of Lords
Next Post

November 24, 2012 Philadelphia Eagles Player Takes Down Clueless Christian on Twitter
Browse Our Archives
What Are Your Thoughts?leave a comment