Senator Marco Rubio on the Age of the Earth: ‘I’m Not Sure We’ll Ever Be Able to Answer That’ November 19, 2012 Hemant Mehta

Senator Marco Rubio on the Age of the Earth: ‘I’m Not Sure We’ll Ever Be Able to Answer That’

Senator Marco Rubio is one of the GOP’s bright spots (in their mind, anyway). He’s from Florida (a swing state), he can reach out to Hispanic voters in a way very few Republicans can right now since he’s of Cuban heritage, he’s young, he’s handsome… and when you read a response he gave to reporter Michael Hainey in an interview for GQ (December, 2012), you realize he’s just as intellectually bankrupt as pretty much everyone else in his party. 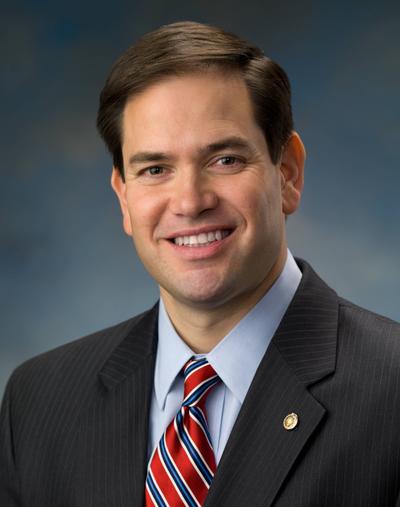 GQ: How old do you think the Earth is?

Marco Rubio: I’m not a scientist, man. I can tell you what recorded history says, I can tell you what the Bible says, but I think that’s a dispute amongst theologians and I think it has nothing to do with the gross domestic product or economic growth of the United States. I think the age of the universe has zero to do with how our economy is going to grow. I’m not a scientist. I don’t think I’m qualified to answer a question like that. At the end of the day, I think there are multiple theories out there on how the universe was created and I think this is a country where people should have the opportunity to teach them all. I think parents should be able to teach their kids what their faith says, what science says. Whether the Earth was created in 7 days, or 7 actual eras, I’m not sure we’ll ever be able to answer that. It’s one of the great mysteries.

It’s not a mystery.

The Earth is approximately 4,540,000,000 years old (with only a tiny bit of wiggle room for error). That’s based on radiometric dating and corroborated by a variety of additional methods.

In any case, Rubio holds the view that if faith and science are in conflict, they should both be taught as if they’re equally legitimate views. They’re not. One’s based on all the evidence we have at our disposal. The other’s pure mythology based on no evidence whatsoever.

Even worse is this idea that the answer to the question has nothing to do with our economy. A country that respects and invests in scientific research will be at the forefront of the world economy for decades to come. A country where our leaders treat science with little to no respect — like Rubio and much of the GOP establishment — is one that will be playing catchup to all the other scientifically literate countries in the near future.

If Rubio doesn’t know the age of the Earth, I really don’t care. But, in that case, the right answer to the question would be, “I’m not sure. You should ask a scientist,” not, “I can’t answer that, but I’ll double-check with my pastor.”

When Rubio runs for President in 2016, I hope a journalist remembers this interview and forces him to reconsider his answer — or, better yet, make him defend it and sink his candidacy right then and there.

November 19, 2012
Minnesota Gophers Receiver Leaves Team Because of Verbal Abuse by Coaches, Including Attacks on His Atheism
Next Post