Pastor Mark Driscoll: The New Twilight Movie is a Threat to Children’s Well-Being!

The best thing you’ll read all day. Pastor Mark Driscoll has a warning to parents whose children might be seeing the new Twilight this weekend: Don’t let them do it! They’ll pretend they’re vampires and turn to Satan and drink each other’s blood! 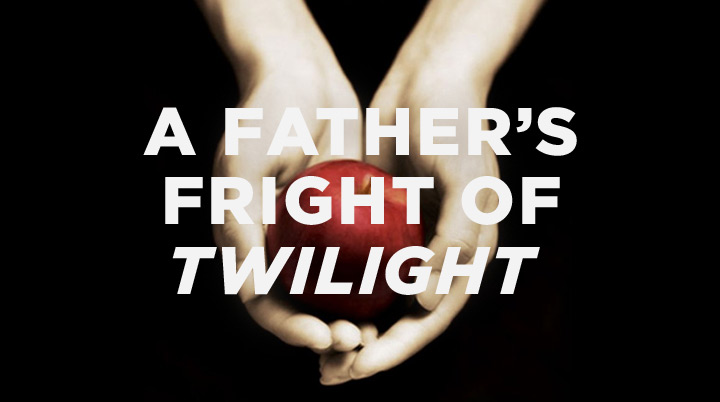 This weekend, millions will flock to movie theaters for the final installment of the teen vampire saga. Tragically, many will be driven by their parents, including some cougar moms encouraging and joining their daughters’ obsession with handsome young males.

… Overreaction? Tell that to the kids biting, cutting, drinking blood — sometimes while having sex — and sinking deeper into the occult…

… we do not treat things like movies, books, and TV shows as harmless entertainment, but rather a potential threat to [our daughter’s] well-being to be aware of so she can walk in wisdom by God’s grace.

It’s ironic that someone who preaches the Bible doesn’t seem to understand the meaning of the word “fiction.”

Yes, some crazy teenagers take this shit too seriously. Most see it as harmless entertainment. It takes a person like Driscoll, though, to believe it’s part of some evil plan to turn kids away from Jesus. (Because that’s what the filmmakers had in mind…)

Damn those cougar moms with their blood-drinking children! They’ve screwed us over for the last time!

By the way, no one let Driscoll know the books were written by a devout Mormon. He’ll go insane.

November 16, 2012
Drunk-Driving Teen Sentenced to 10 Years of Church Attendance as Part of His Probation
Next Post

November 16, 2012 Bill O'Reilly: 'Do the Atheists in Wisconsin Realize They're Going To Hell?'
Browse Our Archives
What Are Your Thoughts?leave a comment