A Children’s Book About Evolution (Without Any of the Scary Science Words) November 15, 2012 Hemant Mehta

Here’s a nifty little children’s book about evolution. It’s called Pepper’s Special Wings (Humanist Press, 2012) and it’s about a peppered moth and its evolutionary awesomeness (among other things): 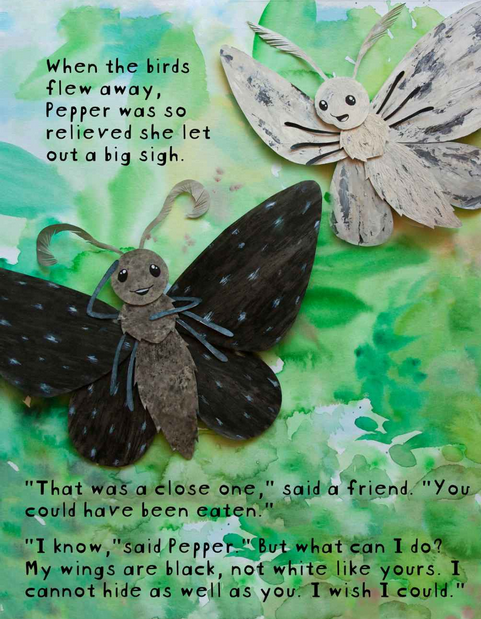 The book is written by Mary Anne Farah with beautiful illustrations by Megan Stiver.

“Children have the right to know the truth about how life evolves and species change,” says Farah. “The well-documented story of how the Peppered Moth species eventually changed due to pollution darkening the plants where they congregated was perfect for a children’s book. The new survival advantage for moths with darker wings is an easy example to explain to children with no need to use words that may not have yet been learned, such as species, population, predation and camouflage.”