The hospital denied the termination despite the fact that the fetus was dying because the country’s anti-abortion Catholic beliefs extend to cases like this. 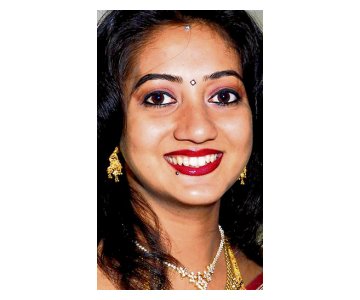 The details of the story are as follows: Halappanavar checked in to the hospital accompanied by her husband, Praveen Halappanavar.  At 17 weeks pregnant, she was suffering from back pain and soon learned that she was miscarrying.

Her husband… an engineer at Boston Scientific in Galway, says she asked several times over a three-day period that the pregnancy be terminated. He says that, having been told she was miscarrying, and after one day in severe pain, Ms Halappanavar asked for a medical termination.

This was refused, he says, because the foetal heartbeat was still present and they were told, “this is a Catholic country”.

She spent a further 2½ days “in agony” until the foetal heartbeat stopped.

After the heartbeat of the fetus ceased, she was taking to intensive care where the dead fetus was removed.  She died two days later of “septicaemia ‘documented ante-mortem’ and E.coli ESBL.”

The hospital extends its condolences, but will not discuss details of the case.

Here is her husband’s story of her final days:

“The doctor told us the cervix was fully dilated, amniotic fluid was leaking and unfortunately the baby wouldn’t survive.” The doctor, he says, said it should be over in a few hours. There followed three days, he says, of the foetal heartbeat being checked several times a day.

“Savita was really in agony. She was very upset, but she accepted she was losing the baby. When the consultant came on the ward rounds on Monday morning Savita asked if they could not save the baby could they induce to end the pregnancy. The consultant said, ‘As long as there is a foetal heartbeat we can’t do anything’.

“Again on Tuesday morning, the ward rounds and the same discussion. The consultant said it was the law, that this is a Catholic country. Savita [a Hindu] said: ‘I am neither Irish nor Catholic’ but they said there was nothing they could do.

I’m interested to hear from someone with more medical knowledge to find out if the delay in terminating the pregnancy may have cost Savita her life.

It is fairly evident that it made her final days agonizing.

Michael Nugent puts this into some context:

Rachel Donnelly, a spokeswoman for pro-choice campaigners in Galway, says: “This was an obstetric emergency which should have been dealt with in a routine manner. Yet Irish doctors are restrained from making obvious medical decisions by a fear of potentially severe consequences.”

This is primarily a human issue, about the life and death of an actual living person, a factor that Catholic Bishops and Irish politicians often seem to forget in their obsessions with the theological status of embryos and foetuses, and the political power of the conservative vote.

So… when are we going to collectively tell religion to stay the hell away from science and medicine?  How could someone possibly spin this as the right thing to do when the mother’s life ended because of the protocols dictated by a faith instead of the science?