I don’t mean to shock anyone, but Pat Robertson, televangelist and 700 Club host, is being a bit misogynistic.

On November 9th, CIA director David Petraeus resigned from his position after his extra-marital affair with biographer Paula Broadwell surfaced.  There’s obviously much more to the story, but for our intents and purposes here, suffice it to say that the relationship has been going on for about a year.  Here’s a full timeline of events if you’re interested.

In the days since Petraeus’ retirement has been announced, a lot of new information has surfaced, and Pat Robertson has been covering the situation with his signature kid gloves:

He’s a Lieutenant Colonel.  She’s an extremely good-looking woman.  A marathon runner. She’s run Iron Man Triathlons, so she’s out running with him and she’s writing the biography and… I think the term is propinquity.  And there was a lot of propinquity going on…

And, well, who knows. The man’s off in a foreign land, and he’s lonely, and here’s a good-looking lady throwing herself at him and… He’s a man, so…

Ohhhh lordy, lord the poor, poor Lieutenant!  The evil pretty lady was just throwing herself at him just like Eve threw herself onto the apple! 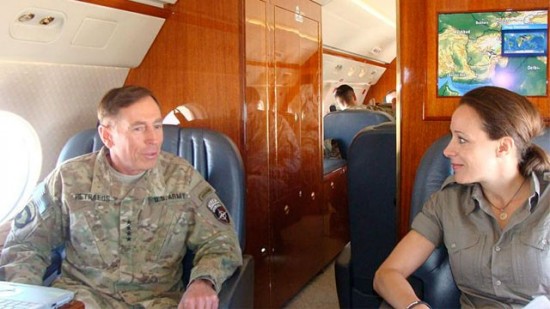 She’s like Eve, the snake, and the apple all wrapped into one Iron Man Marathon-running lady!  Once again, the weak-willed man was duped into a year-long affair.

Way to go, Pat Robertson.  You once again display your affinity to be the most eye-roll-inducing man in all the land.

November 14, 2012
New Book Tells Personal Journeys to Atheism for 25 Young People, Including Me
Next Post