A Thank-You Letter from Pete Stark

Now that Congressman Pete Stark has lost his re-election bid and Congresswoman-elect Kyrsten Sinema is running away from the A-word like it’s some kind of disease, there are no members of Congress who openly deny the existence of a higher power.

When Pete Stark’s campaign was in trouble, a lot of readers of this site pitched in to help out. It didn’t ultimately protect his seat — and one could argue it’s a good thing that money didn’t sway this election — but Stark wants you to know how much he appreciated our support.

Yesterday, I got this in the mail: 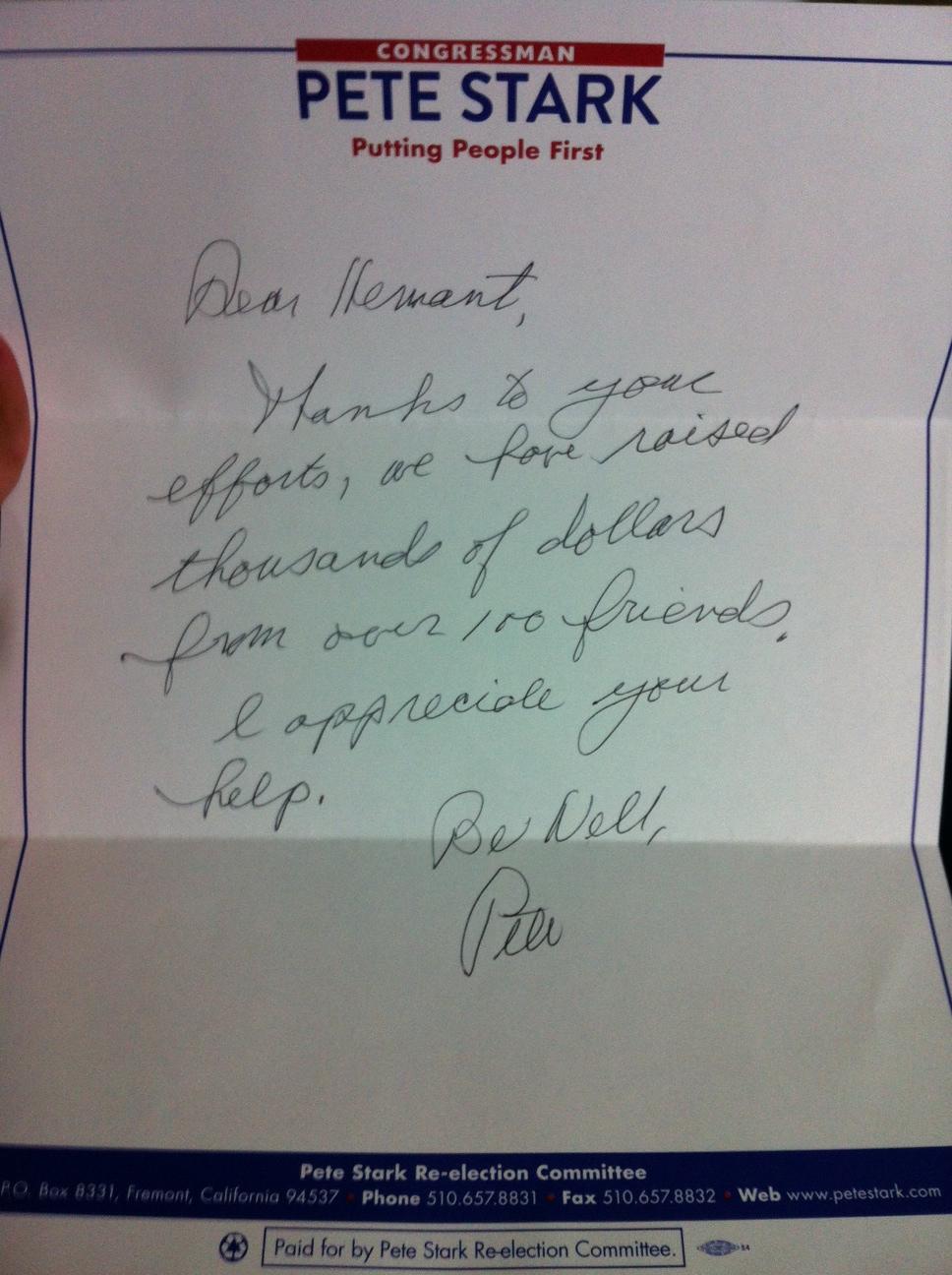 It’s addressed to me, but I can’t take credit for all your donations.

Stark will always mean a lot to our community because he didn’t shy away from saying he didn’t believe in a god. Many liberal members of Congress, as we’re already seeing, can’t bring themselves to do the same. It’s not the reason Stark lost the race — though his atheism was indeed used against him — so there’s hope that others will soon follow in his footsteps and declare their non-theism publicly, too.

November 14, 2012 American Atheists Headquarters Gets Solar Panels
Browse Our Archives
What Are Your Thoughts?leave a comment