The Chicago Tribune editorial board put out a piece Monday afternoon in support of marriage equality: 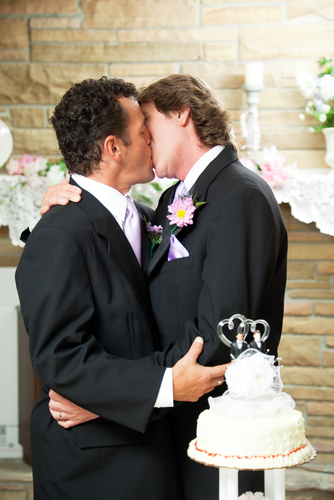 Increasingly, the public understands that letting same-sex couples marry does no harm to the civil institution of marriage, but promotes family stability, rewards loving commitment, and safeguards the interests of children.

By “public,” they mean a lot of young people, Democrats, religiously unaffiliated types — and a surprisingly growing number of religious people, too.

Basically, everyone except groups like Illinois Family Institute whose members are still spreading the false idea that there’s something inherently wrong with homosexuality… even though they’re fighting a losing battle:

The majority of the public agrees with the reality of the issue… and the four Democratic states are just a harbinger of what’s to come if we keep putting same sex marriage on the ballot. (Keep in mind the same Christian groups could’ve said “They’ll vote for gay marriage in the Democratic states” but they never did. They thought they would win just like they’ve always won in the past. They invested time and money into all four battles and they were shocked to lose. Best of all, they can’t blame “activist judges” on these losses.)

Keep in mind we’re not going back to bigotry. It’s not like people are going to magically turn homophobic over the next four years. Support for gay marriage is heading in the right direction and will continue to do so — at least until the time comes when we stop putting peoples’ love lives on the ballot.

But just to pretend like her side is better than the rest of us, Higgins proceeds to use her twisted logic to stereotype all supporters of marriage equality as people who hate marriage:

The Right’s version of “Objective Truth” is that sexually active LGBT people are going to Hell, condoms are a dirty words, Jesus loves everybody, and watching Brokeback Mountain will ruin high school seniors’ virgin eyes.

Higgins thinks the key to political victory on this issue is for conservative candidates to become even more hardline conservatives in the future. Yes, if only the Right had more Todd Akins and Rick Santorums, I’m sure they would’ve won the election hands down.

I hope someone’s listening to them, though. It’ll hasten their journey down the path of irrelevance.