The Slut Problem (or How My Vagina Ruined the 2012 Election for the GOP) November 8, 2012 Jessica Bluemke

Does anyone remember how mad people were when Rush Limbaugh called Sandra Fluke a slut?

I, for one, didn’t realize that anyone called anyone else a slut after the age of 16, but there it was.

Now, a blogger over at the Christian Men’s Defense Network has named an entire voting bloc “The Slut Vote” and I bet you just can’t wait to hear his super sound arguments for his position.  He is, evidently, known as B-Skillet and he wrote an opinion piece about how the sluts blew it for Romney.  I say “evidently” because the CMDN website, his piece, and his Twitter feed are all set to private.  I say “blew it” because it was a dirty pun.

Thank the FSM for Google cache, though, because we still have his article in all its glory.

Would you like to go through it with me?

Here we go!  Off to Crazy Town!  Population: B-Skillet.

I’ll be the first to admit it.  A couple weeks ago I predicted a Romney win.  I predicted this largely because he played up his alpha cred in the first debate.  But one photo-op on the Jersey Shore with Obama looking tough in a bomber jacket destroyed all that, which is yet another reason sane societies don’t let women get involved in government.

Great start.  Sane societies.  Like Saudi Arabia and Brunei.  I forgot that women only vote for men they want to bang. 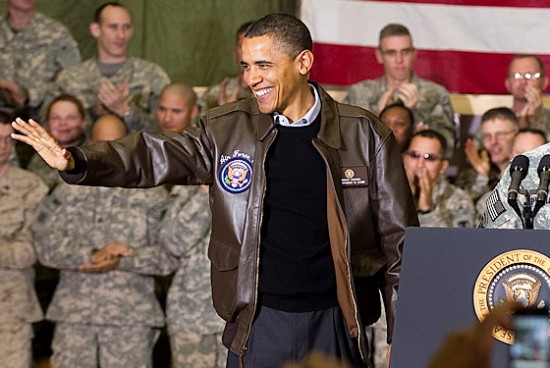 But it sure explains why Daniel K. Inouye is the longest sitting senator.

Instead, we are looking at four more years of skyrocketing debt, stifling regulation, and the only First Lady who could possibly be bitchy enough to make Hillary Clinton look feminine.

Ever since the primary debate when George Snuffleupagus seemingly out of nowhere asked Willard Mitt Romney about birth control (he’s Mormon, so I guess his position is “missionary”), we should have known how the leftists in the media and the Obama campaign (redundant, I know) intended to define the campaign. Because on radio ads, on TV, and on the web, the Democrats tried to make this election about a single issue:

The right to slut.

Out of nowhere?  Rick Santorum had been on a bender against contraception and its evils at that point, and being that a whole bunch of people care a lot about whether they are pregnant or not, I call that fair game.

And I would really like to point out that no one on the left would have had to make birth control an issue if the freaking GOP could leave it alone for a minute!  Birth control is a really important part of… you know what, actually?  It’s all been said.  It’s just willful ignorance keeping people from understanding what birth control is and how it works.

Or more precisely, the right to slut without the responsibility of consequences.  The famous “gender gap” isn’t really a gap based on gender.  The right overwhelmingly wins older and married women.  The “gender gap” should more accurately be called the slut vote.

Women make up about 54% of the electorate.  It is very hard to win without winning that segment, or at least losing it only narrowly while winning men big. While the right usually wins married women, the fact is that married women constitute an ever-decreasing share of the female population.  Women want to delay marriage as long as possible so they can “have it all,” and usually “have it all” means “have as much hot alpha sex as possible without any consequences.”  And thus, less married women and more sluts (not that these two groups are mutually exclusive, per se)

Yeah.  Screw women for not getting married.  Good one.  And how dare women want to have sex without getting knocked up. Poor, poor men who have to put up with women just slutting it up. The horror. Oh, and they want to delay marriage?  To what?  Work?  Date? Establish themselves as individuals by experiencing life as a single person? Hot damn, no wonder this country is going down the tubes!

Never mind that divorce rate goes up among couples that marry young.  You know what I like about B-Skillet?  He doesn’t let facts and figures get him down! That, and his super sweet nickname.  I’ll think of one for myself soon, don’t worry.

Okay, so lets skip ahead to some of the meat of his article (because it’s not even close to being done yet):

And that’s where the Democrats come in.  Contrary to common belief, the primary reason the Democrats own the black vote has nothing to do with civil rights.  The Democrats were only partially supportive of civil rights in the 60′s (with southern Democrats advocating “segregation forever”).  Lincoln was a Republican, and Republicans in the House and Senate voted for civil rights legislation in the 60s.

Rather, Democrats have won the black vote because the black community is dominated by illegitimacy, and the Democrats are willing to subsidize and support that illegitimacy (as well as provide access to cheap abortions) so as to take away from sluts the consequences of their actions. Consequently, young black people grow up on the dole and not only never realize there might be something wrong with that, but eventually come to believe that’s the way it should be.  The Democrats have won the black vote by first “empowering” single black mothers.

Let’s summarize. According to B-Skillet, all black people…

3) … are supported by the Republicans because they voted for civil rights 50 years ago (You’re welcome, by the way)

So… yeah, that’s that.  If he is going to call all single women sluts, then I guess saying all African Americans are on welfare is just as logical.

This is now beginning to happen in white suburbia, except unlike women in the urban black community, white suburban sluts start from a place of relative wealth and privilege (daddy’s little princess).  Thus, food stamps — and increased rewards for having illegitimate kids while on food stamps — don’t (yet) appeal to them.

Wow.  This guy really hates women.  Does he know that if a woman qualifies for food stamps, the “legitimacy” of her child doesn’t matter?  Also, what an asshole.

So instead Obama appealed to rich white sluts by forcing someone else (the Catholic church, in this case) to pay for their birth control, and by scaring them about alleged threats to their ability to take advantage of Planned Parenthood’s services

Rich white sluts (that’s me, by the way) expect that their doctor-prescribed medicine is covered by their insurance?!  The nerve.

I’ve said time and time again, I’m a pro-life candidate.  I’ll be a pro-life president. The actions I’ll take immediately are to remove funding for Planned Parenthood. It will not be part of my budget.

You know who said that?  Presidential candidate Mitt freaking Romney. He said it three weeks ago. That is not an “alleged threat”; that is a goddamn campaign promise.

(Planned Parenthood being conveniently located in the minority part of town, of course, so as to provide anonymity to visiting white girls whose white girl friends never go over there — except to visit Planned Parenthood themselves).  This created a wedge issue in the suburban community that allowed Obama to play more strongly there than he might have if the election ended up purely about the economy or the national debt.

What the hell are you talking about now?  The closest Planned Parenthood to me is in the Gold Coast,  one of the nicest neighborhoods in Chicago. Maybe that’s an anomaly, but regardless, what does your statement even mean?

So all the Obama administration had to do was scare them that Mitt Romney was going to take away their birth control and their access to abortion.  The fear for them is that, without birth control and abortion, they might actually get pregnant and have to give birth.

It’s not the Obama administration threatening women’s healthcare access. That rhetoric is coming from the right.

And, you’re right. Without birth control, women are fearful that they would get pregnant. Because pregnancy is scary, life-changing, and (in many cases) dangerous.  That’s why sexually active women can and do make responsible choices if they don’t want to get pregnant and have a baby. Why is that an unreasonable fear?!

That is scary not simply because of the economic burden of having a child (since, hey, they can get all kinds of cash and prizes if that happens), but because if that happened then everyone would know they’re sluts, and their image as daddy’s pure little snowflake princess goes out the window.

The right loses the female vote primarily because so many of them still operate from a feminist world-view:  Women are pure, perfect, kind, and altruistic, and the only reason they “get into trouble” is that some evil, conniving, manipulative man tricked them into sleeping with the entire football team.

First of all, no one says “get into trouble.”  Second of all, I think you are making it very clear that that is not the point of view of men on the right.  Third of all, I’m not sure if you’ve been paying attention for the last few months, but it seems that there are plenty of others in your party who think that women who get raped or pregnant were asking for it.

And so, the Republicans believe they can win the female vote by focusing on education, or (as Romney did in the third debate) “peace,” or whatever feel-good idea the right can talk about without selling its soul too transparently.

Yeah, education and ending war is only something that fuzzy-wuzzy women can care about.

Admittedly, the desire to slut it up isn’t the only factor in the gender gap.  America has a fiscal problem primarily because women want free stuff without ever having to work.

I just want to apologize now, on behalf of my gender, for causing the financial meltdown of 2008.  My bad, bro.

America is over-regulated because women don’t want to have to compete in the free market.  America has profound moral problems in part because the rationalization hamster makes it impossible for 54% of the American electorate to ever admit a moral shortcoming.

However, this election cycle shows that the Slut Vote is real, and Republicans lose because they discount the existence of original sin in women.  Abortion is often called the “third rail of American politics,” but in truth, the third rail is a woman’s right to slut (with cash and prizes).

I have to wonder if this guy has a wife or a girlfriend or a sister or a mother.  And I have to wonder what she did to him to have such a hate for single women. And really, women in general.

The only thing that’s more of a bummer than this article are the comments afterwards, patting him on the shoulder.

I think we should all take a moment to be thankful that there is a Christian Men’s Defense Network to protect tiny, powerless, chaste men like B-Skillet.

***Update*** (via Hemant): It looks like the Google cache of the page is down… but that’s why Baby Jesus invented screenshots… which I took yesterday:

November 8, 2012
Nicolas Cage to Star in 'Left Behind' Movie
Next Post