Back in 2006, then-Senator Barack Obama gave a speech at the Call to Renewal’s Building a Covenant for a New America conference. These were his prepared remarks:

… we first need to understand that Americans are a religious people. 90 percent of us believe in God, 70 percent affiliate themselves with an organized religion, 38 percent call themselves committed Christians, and substantially more people in America believe in angels than they do in evolution.

This religious tendency is not simply the result of successful marketing by skilled preachers or the draw of popular mega-churches. In fact, it speaks to a hunger that’s deeper than that – a hunger that goes beyond any particular issue or cause…

Moreover, given the increasing diversity of America’s population, the dangers of sectarianism have never been greater. Whatever we once were, we are no longer just a Christian nation; we are also a Jewish nation, a Muslim nation, a Buddhist nation, a Hindu nation, and a nation of nonbelievers.

It’s trademark Obama-circa-2006. Not overtly alienating anybody. Speaking about how we are one nation. How we must come together.

It’s clear, though, that despite the mention of the word “nonbelievers” (which is appreciated), it’s not pro-secular at all. If anything, it speaks to how religious our nation is now — except that Christianity is no longer the only faith that matters.

Why bring this all up now?

Because Focus on the Family’s political wing, CitizenLink, just sent out a mailer to voters in Iowa and they make it sound like Obama’s anti-Christian: 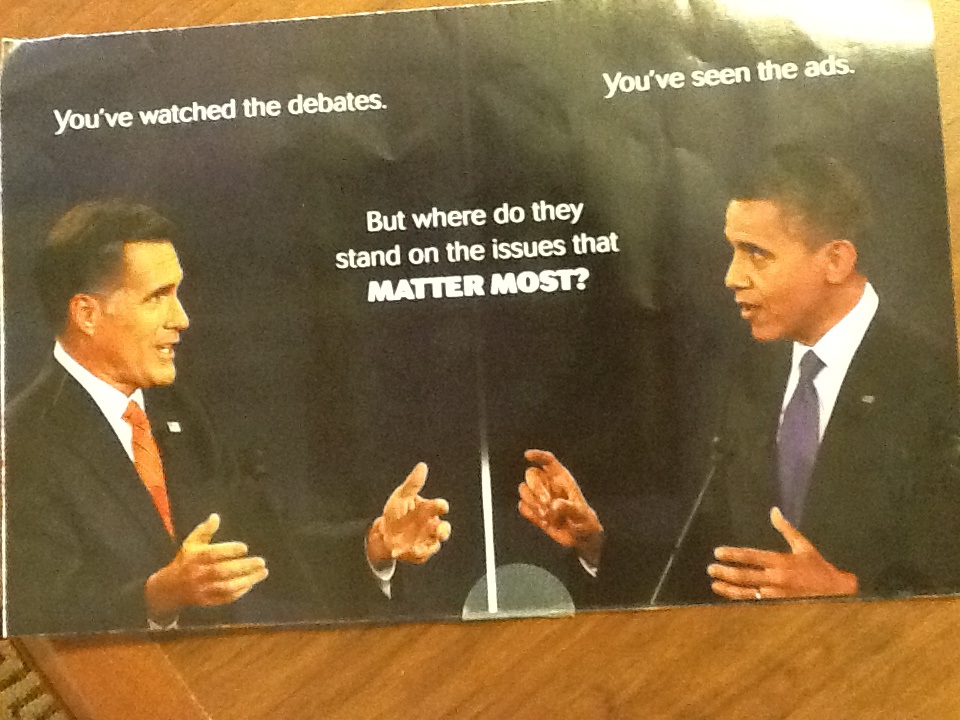 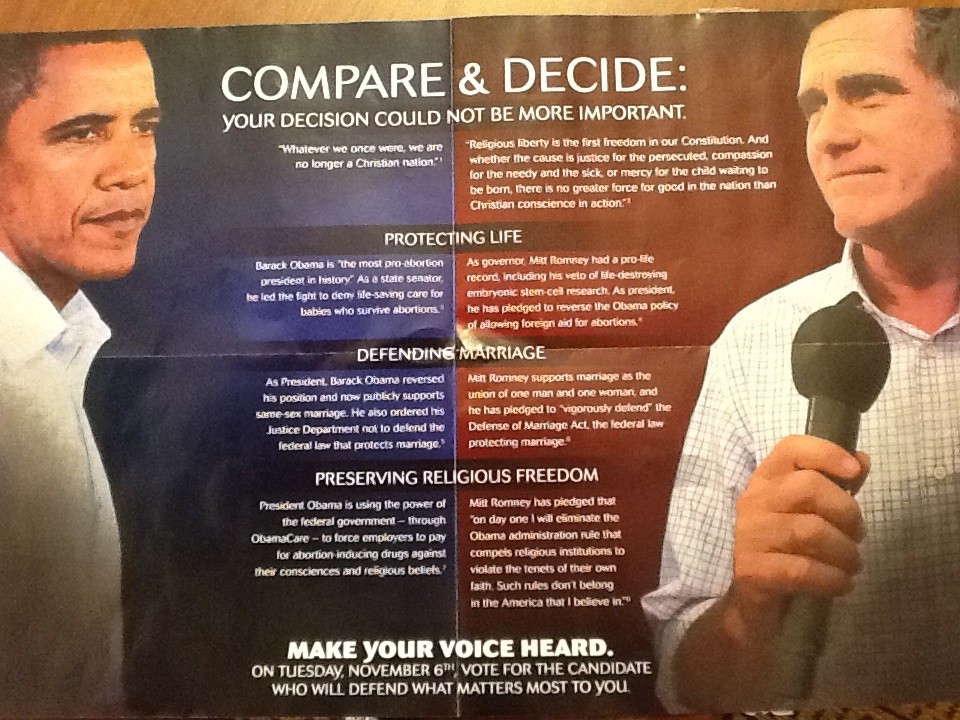 Check out the upper left-hand quotation from Obama:

“Whatever we once were, we are no longer a Christian nation.”

Wait, what? In the speech quoted above, Obama said, “we are no longer just a Christian nation.” But what’s four letters between friends, right? Hell, I’m thinking of four letters right now…

As it turns out, though, when Obama delivered the speech, he accidentally stumbled through that line. So what was actually recorded was this:

Whatever we once were, we are no longer a Christian nation — at least, not just. We are also a Jewish nation, a Muslim nation, a Buddhist nation, and a Hindu nation, and a nation of nonbelievers.

To anyone with a brain, the sentiment is the same.

In either case, the quotation — technically correct, but completely taken out of context by Focus on the Family — was meant in support of religion diversity in America. If it’s “anti-Christian” in the least, it’s only in the sense that not all Americans are Christians. That’s not slander. That’s a fact.

And that must be why they take such great pains to avoid it.

They’re a Christian Right group. They can’t handle the truth, even when it supports their side.

(I also love the bit about same-sex marriage. Apparently, Obama hates marriage so much that he wants to make sure gay and lesbian couples can, um, get married.)

November 1, 2012
Mike Huckabee: Vote for the 'Right' Candidate or Go to Hell
Next Post

November 1, 2012 Once a Skeptic, Always a Skeptic
Browse Our Archives
What Are Your Thoughts?leave a comment