Atheist Group Told They Cannot Change Their Name to Reach Out to Ex-Muslims October 27, 2012 Hemant Mehta

Earlier this week, the London School of Economics’ Atheist, Secularist and Humanist Society voted to change their name to the Atheist Secularists Humanists & Ex-Muslims Society. Besides giving them a nice acronym (ASHES), it spoke to a specific demographic that could use some outreach from our community: Ex-Muslims. 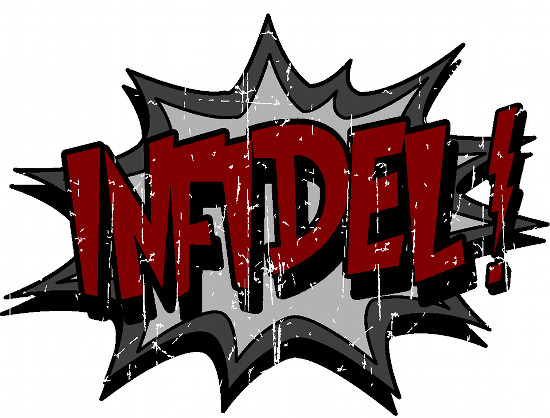 These people have had the courage to stand up and say we may get ex-communicated by our families, our communities, put at peril of our lives, lose most if not all the people we love, but we will not remain quiet, we will not live a lie. These people, in taking the stances they take, are first disowned by their families; their own parents want nothing to do with them. Their friends, people they grew up with, almost everyone they knew, reject them for not keeping their heads down. Their immediate community would, then, rather see them dead and believe death is what they righteously deserve. The community at large also rejects them for speaking the unspeakable, for taking positions and demanding a space that is considered taboo.

The group itself added:

The status of ex-Muslims in Islam is particularly precarious, and the historical and present-day Islamic response to people who become ex-Muslims is one that justifies our inclusion of the term in our name. We do not ask our members for their beliefs, but we estimate that approximately 20% of our members are ex-Muslim or from a Muslim background and we want to be inclusive and welcoming toward them.

Makes a lot of sense. For the same reason a group in Utah might have an “Atheist, Humanist, and Ex-Mormon” group (how is that acronym not yet taken?!), you can understand why including ex-Muslims specifically would be helpful in this case.

So the society did what any group does when they want to change their name. They submitted the proper paperwork to the Students’ Union.

Then, a couple of days later, they got a response from the school:

The Activities Committee have decided not to grant the name change that you have requested.

We decided not to grant the name change because given the email that you sent us as why you would like to change the name, we feel that by adding ‘ex-Muslim’ to the society name it will no longer become a safe space for ex-Muslims; in the sense that it may be an indication as to where ex-Muslims can affiliate to. For this reason would you please consider replacing the ‘ex-Muslim’ part of the proposed name change to either ‘Atheist, Secularist, Humanist and ex-religious’ or ‘Atheist, Secularist, Humanist and ex-religion. This will be in order provide the safe space for all students who join your society and potentially increase your society membership.

Please remember as far as anything to do with LSE and LSESU then the name will stay as ‘Atheist, Secularist and Humanist Society.’

… what? Their rationale for denying the change is that putting ex-Muslim in the name would make things worse for ex-Muslims?! Alex Gabriel couldn’t believe it: “Are ex-Muslims endangered by joining student bodies which acknowledge their existence?”

If they’re in danger, then punish the people who put them in danger, not the group trying to help them out. This seems like a hasty, poor decision by the Union. It’s possible they see “ex-Muslim” as a verbal jab against Muslim students on campus, but I don’t buy that for the same reason “atheist” isn’t an insult to the religious students on campus.

No word yet on whether the student group will challenge the decision, accept the “ex-religious” substitution, or keep their current name.

October 27, 2012
Massachusetts Supreme Court Will Hear Case to Stop Reciting the Pledge of Allegiance in Public Schools
Next Post

October 27, 2012 Celebrate Carl Sagan Day in Chicago!
Browse Our Archives
What Are Your Thoughts?leave a comment