For their 50th anniversary celebration next year, American Atheists is holding an Art Show and Silent Auction (proceeds would go to the artists themselves): 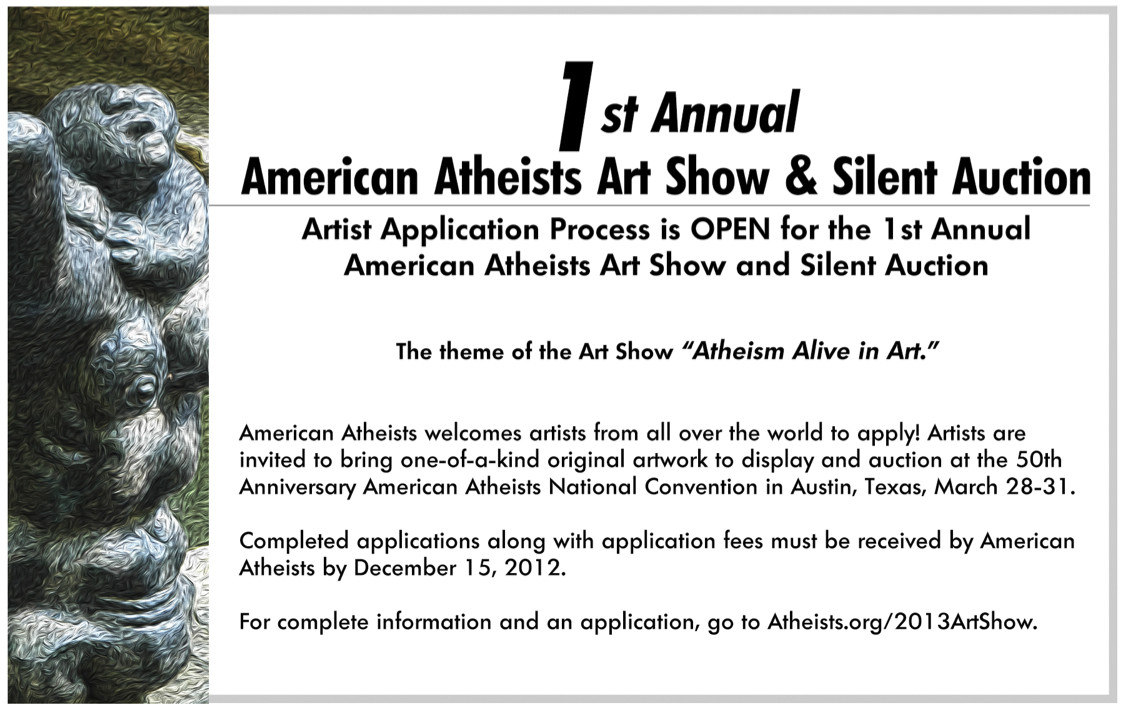 The theme of the Art Show “Atheism Alive in Art.”

October 24, 2012
God Has Had About Enough from the Republicans
Next Post

October 25, 2012Christianity Today: It's Disrespectful Not to Tell Rape Victims About the 'Redeeming Power of God'
Browse Our Archives
What Are Your Thoughts?leave a comment