A bunch of parents in Encinitas, California seem to be taking Pastor Mark Driscoll‘s lunacy to heart: They’re trying to put a stop to evil, evil yoga classes in the local public school district because they basically find them to be anti-Christian: 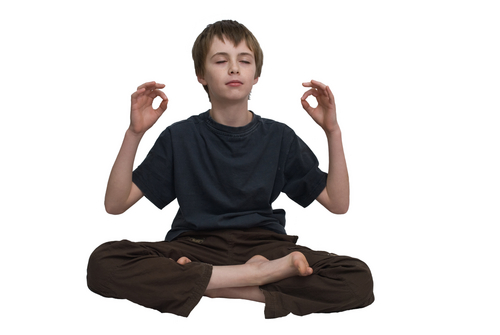 In an Oct. 12 email to district Superintendent Tim Baird, Broyles called the yoga program unconstitutional and said he may take unspecified legal action unless the classes stop.

There’s no religion in the courses, of course. Yoga just happens to have originated in a majority non-Christian country.

In fact, the Jois Foundation, which is funding the classes, is not a religious organization and their “board of directors includes people from various faiths.”

But the group suing the schools? The National Center for Law & Policy? They’re explicitly a Christian group:

Our nations’ founders believed that our rights and liberties are not manufactured by men, but are established by our Creator. The attorneys at the National Center For Law & Policy believe that we are duty and honor bound to oppose and resist all who would seek to take away those blessings of liberty which God has so mercifully endowed.

The National Center for Law & Policy is dedicated to preserving and reclaiming religious freedom. Sometimes we work alone, but whenever possible, we work with and coordinate efforts with other like-minded organizations in the cause of freedom. We are motivated in our endeavors by our faith to keep the doors open for the spread of the Gospel of Jesus Christ.

How that fact is omitted from the articles discussing this story, I don’t know. Seems pretty damn relevant to me.

In any case, this is a story we’ve seen before.

Teaching the Bible as literacy? Not a problem. No fight from Christian groups.

(Image via Shutterstock — Thanks to Roberta for the link!)

October 23, 2012
New Survey Talks About the Atheist Influence on the 2012 Elections and Beyond
Next Post

October 23, 2012 The Danger of Books
Browse Our Archives
What Are Your Thoughts?leave a comment