Back in May, legendary Christian evangelist Billy Graham took out a full-page ad in 14 newspapers across North Carolina in order to get the public to vote against gay marriage.

Ultimately, while I don’t think he was directly responsible for it, civil rights for everyone were rejected in that vote. Whether the ad was made with his approval or his organization’s leaders just rubber-stamped his name on it, one thing was very clear in the aftermath: Whatever Graham may have been in the past, he was throwing it all away to play politics on an issue he would’ve been better off avoiding.

Now, he’s doubling-down on his bigotry.

Graham (and his people) are purchasing full-page ads in newspapers across the country urging readers to vote for candidates who “base their decisions on biblical principles,” “protect the sanctity of life,” “support the biblical definition of marriage between a man and a woman,” and support Israel.

In other words, vote for all the Republicans: 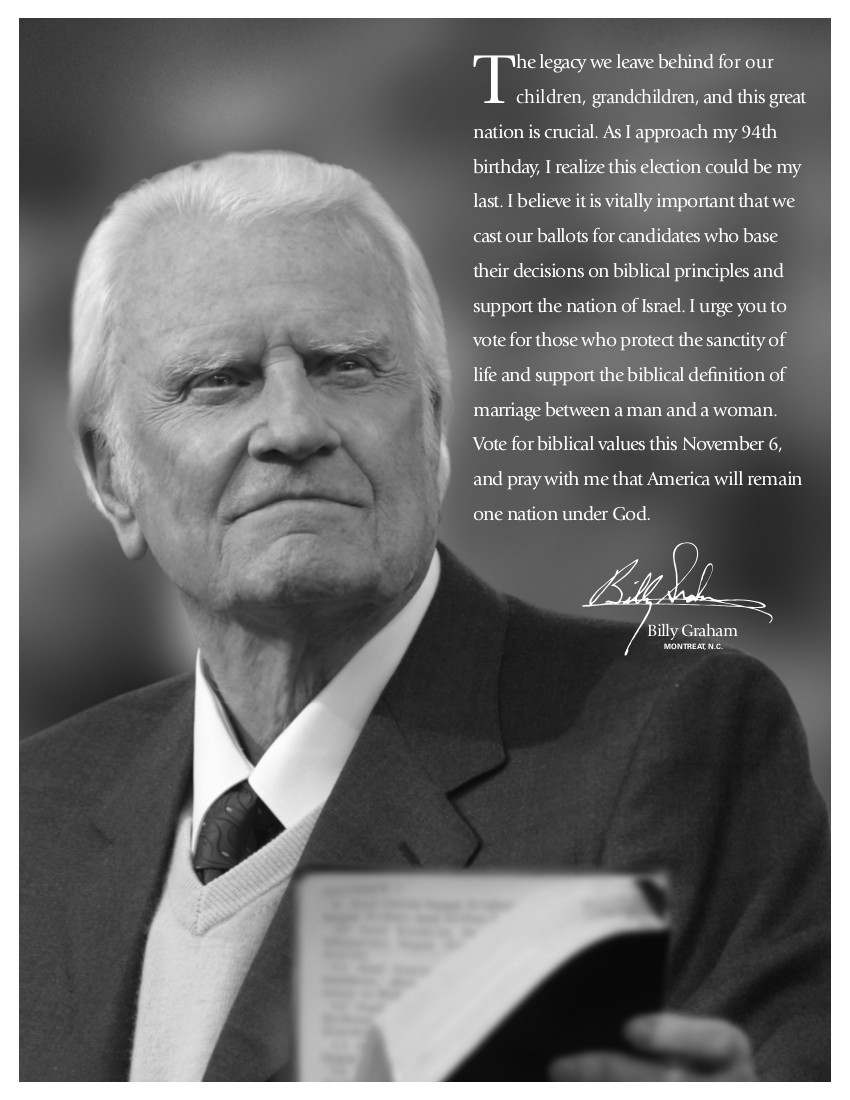 I always thought that Graham’s appeal to most Christians was that he was never about politics; he was always about Jesus.

Now we know better: He’s as much a conservative shill as James Dobson, Bryan Fischer, Mike Huckabee, and all those other Christian leaders who see the government as little more than a tool to advance their faith, non-Christians be damned.

Considering how many states are voting on the issue of marriage equality this coming election (and how many of them appear to be polling in the right direction), I’m happy to say that Graham and his generation of anti-gay crusaders are giving way to a younger generation, one that is less religious and far more inclusive than our predecessors. That shift can’t happen fast enough.

October 19, 2012 PBS' Religion & Ethics NewsWeekly on the Rise of the Nones, Part 2: Political Implications
Browse Our Archives
What Are Your Thoughts?leave a comment