The anti-gay crusaders and Friendly Atheist stalkers at the Illinois Family Institute decided to try their hand at interpreting scientific papers, and the results are predictably disastrous. 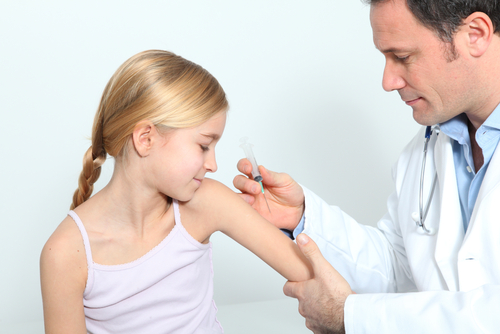 The thinking goes like this: If you vaccinate pre-adolescent girls against a sexually transmitted infection, they will take it as an invitation to have sex! Because I guess all your average 11-year-old needs is some vague suggestion that she will one day have sex in order to liberate the barely-contained sexual demon within her…?

This comically absurd idea has led some parents to refuse to give their daughters the potentially life-saving vaccination. Incidentally an actual study of the subject has shown that receiving the vaccine has exactly zero effect on the sexual habits of girls and young women.

The explosive combination of vaccination and sexuality has led outfits like the IFI to augment their usual religious fundamentalism with a shot of anti-vaxxer alarmism. Under the headline “Teenage Girl Becomes Infertile after Gardasil Vaccination”, the IFI tries to play up a case report of a young woman who suffered “premature ovarian failure” (with symptoms similar to menopause) at age 16, sometime after having received Gardasil, which is the commercial name for the HPV vaccine.

Her report explains that the girl’s menstrual cycles were regular until she received the Gardasil vaccination in the Fall of 2008. By January 2009, her cycle had become irregular. Over the course of the next two years, her menses became increasingly scant and irregular, until by 2011, she had ceased menstruating altogether.

While Dr. Little could not confirm that Gardasil caused the destruction of the girl’s reproductive system, she was able to rule out all other possible causes. The circumstantial evidence implicating Gardasil is strong.

The dates on these events don’t seem very strong at first blush, considering that the vaccination and the appearance of the very first symptoms are months apart. However, if in fact all other causes were ruled out, there may be some cause to at least give it a second look. Pity for the IFI that this isn’t what the report says at all:

The diagnostic tasks were to determine the reason for her secondary amenorrhoea and then to investigate for possible causes of the premature ovarian failure identified. Although the cause is unknown in 90% of cases, the remaining chief identifiable causes of this condition were excluded.

Let’s translate: 90% of the cases of premature ovarian failure have unknown origin. The doctor in this case was able to rule out any of the causes making up the remaining 10% of known causes, which means this girl is now a part of the remaining 90% for whom the cause is unknown. Though I’m certain the folks at the IFI aren’t exactly experts at reading scientific papers, this is not a difficult concept. Their article states that all factors aside for the vaccine were ruled out as causes, which is an outright falsehood.

The report itself is somewhat odd. It does seem to want to suggest a possible link between the vaccination and the illness. The first author, Dr. Deidre Little, is a religious activist listed as the contact person in a website for pro-life obstetricians. Though this would go some way towards explaining her motivations for this report, it does not invalidate the report itself. Case reports have their place in medical research. If, as is exceedingly likely, there is no relationship between the HPV vaccine and premature ovarian failure, more case reports of the same phenomenon will fail to materialize and life will move on. In the event that there is some as yet unidentified link between the two, a significant number of the millions of girls and young women being vaccinated will develop the condition, and an increased incidence will be observed in girls with the vaccine. This would then be reported and resources will then be dedicated towards serious study of the possibility.

This is the proper course of research if what you are interested in is the increased health of patients. The IFI does not have that agenda. They will happily misrepresent research in order to alarm parents about the HPV vaccine so that their vision of sexual morality can carry the day. If the price is a few dead girls, so be it.

October 17, 2012
Dinesh D'Souza Responds to Allegations of Infidelity With... Um... What?
Next Post

October 18, 2012 How the Christian Right Twists a Story to Suit Their Purposes
Browse Our Archives
What Are Your Thoughts?leave a comment