Will the Christian Right Speak Out Against This Politicization of Our Public Schools? October 15, 2012 Hemant Mehta

Will the Christian Right Speak Out Against This Politicization of Our Public Schools?

Tomorrow, thousands of students across the country will take part in the “Pro-life Day of Silent Solidarity” by wearing red duct tape over their mouths or on their arms on behalf of all the babies who have been aborted.

Some kids may also wear shirts gleefully proclaiming their ultimate goal of controlling what women can do with their bodies: 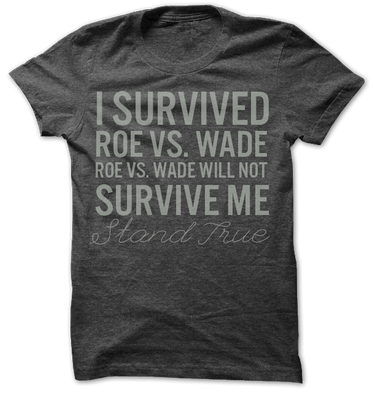 Anyway, it’s a student-led event and it’s perfectly legal. It’s also taking a political issue and bringing it inside the classroom.

Personally, I don’t care. The duct tape won’t make any difference in how I teach my classes tomorrow.

Just to be clear, no atheist group is making a big deal about this. If anything, I suspect most of them would support the students’ right to free speech. As long as they’re not being disruptive, they are allowed to make a statement like this.

So why bring this up at all?

Because no Religious Right group is condemning this event.

That means they must not have had a problem during the almost-identical Day of Silence protests (on behalf of LGBT students), right?

Here’s David Smith of the Illinois Family Institute criticizing the Day of Silence:

These political events are used to get the attention of all students and implicitly convey the message that participating schools support homosexual behavior.

We are asking parents to keep their children home if schools are permitting a political action — that is, a silent protest — during instructional time.

Here’s Liberty Counsel instructing parents on what they can do to limit the effects of the Day of Silence (PDF).

Here’s the American Family Association telling parents to pull their kids out of the classroom:

You can help de-politicize the learning environment by calling your child out of school if your child’s school allows students to remain silent during instructional time on the Day of Silence.

They’ll keep their kids home if there’s anything going on at school that blatantly or “secretly” suggests that LGBT students should be treated respectfully. But they remain completely silent when it comes to the pro-life event that operates in the exact same way.

These Christians are hypocrites, pure and simple.

They don’t give a damn about “politicizing” the classroom as long as it promotes their personal agenda.

October 15, 2012
Public School Teacher Orders Students to Pray to Jesus... and Keeps Her Job
Next Post

October 15, 2012Attack of the Theocrats Now Available in Paperback
Browse Our Archives
What Are Your Thoughts?leave a comment