Baptism for the Dead: A Book by Libbie Hawker October 15, 2012 Hemant Mehta

Baptism for the Dead: A Book by Libbie Hawker

This is an excerpt from Baptism for the Dead by Libbie Hawker. Reprinted by permission of the author. 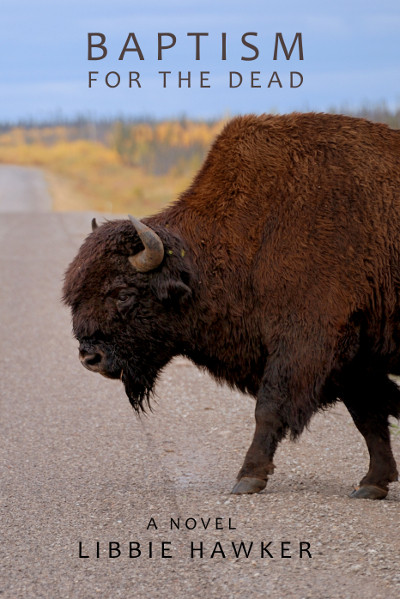 Baptism for the Dead is a book about a “perfect Mormon wife” living in the isolated community of Rexburg, Idaho. It turns out she has a secret: she doesn’t believe in God.

As the book progresses, she befriends X, an artist traveling through Idaho on his road-trip tour of the Western States. In the passage below, she attempts to explain what it’s like to live in an isolated Mormon town and admits to him a secret about her husband:

X drew in a breath and I knew he was about to break the silence, but I needed to make it clear to him first, this whole fiasco, my life. My stomach was tender and tenuous around the hollow of my exhaustion. I dropped words I had sworn I’d never say like little uncertain gifts into X’s hands.

“My husband is gay.”

I didn’t know what to expect. Two years never saying those words… there must have been some reason why I’d never said them. Some Curse of the Cat People, some hex. But nothing. No lightning fell from the sky. There was no consequence. A dumb insect clicked and tumbled in the scrub outside the cave’s mouth. A breeze stirred the sagebrush. Years of painful silence amounted to this. Nothing.

I stared at him stupidly. His brow was furrowed.

“Well, everybody’s supposed to get married,” I said, suspecting that what I said was idiotic beyond all measure.

The appropriate response would have been, Because that’s what God wants us to do. But I had already outed myself as a nonbeliever. I’d dropped the camouflage act back in his hotel room. I had no good answer, for him or for myself, and the sudden realization of that fact embarrassed me. I settled on, “That’s what everybody expected us to do.” Which was, of course, the truth.

“Everybody? Who? Your families? Your town?”

I nodded. I could not speak. The injustice of my situation had finally revealed itself in all its enormity. It was a great ugly monster of a reality. Why had it taken me so long to see this? But of course twenty-five years of Rexburg could not be shaken loose as easy as that. There was marrow in the bone.

“You don’t understand what it’s like, living here. You don’t just do your own thing.”

“Why not? What’s the worst that could happen to you if you did?”

“Anything. Everything. My whole family… everybody I’ve ever known…” Total and absolute isolation. Allowed to live among them, but functionally banished, a social leper. Or worse. Driving off into the sage flats on a quarter tank of gas.

X, I couldn’t make you see it. You didn’t understand.

Baptism for the Dead is available at Amazon and Smashwords.

October 15, 2012
The Seduction of Shortcuts to Wisdom
Next Post