Atheists: Stop Making a Big Deal Out of Nothing October 14, 2012 Hemant Mehta

Atheists: Stop Making a Big Deal Out of Nothing

An atheist recently wrote in to Dear Abby to ask for advice. Was his family rejecting him for not believing in God? Was his partner leaving him because of irreconcilable religious differences? Was he the victim of workplace discrimination?

Someone said “Have a blessed day” to him and he couldn’t deal with it. 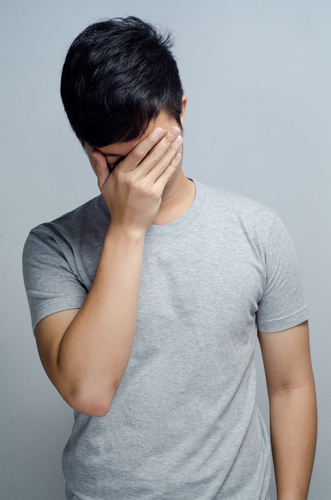 Dear Abby: Several salespersons recently have ended our transaction by saying, “Have a blessed day.” The last two times it happened, I stopped and asked, “What do you mean by that?” Both of them stammered and didn’t know what to say.

One said, “I’m sort of religious.” I replied that I’m atheist. I don’t think these folks realize what they’re saying. The next time it happens, I plan to respond by asking Zeus to bestow blessings upon them as well.

Why do people feel they have a right to force their religious beliefs on customers? — Annoyed Atheist In Texas

The correct response to this would be, “Stop being a dick. They’re just trying to be nice. It’s a figure of speech. Get over it.” (Throw in a rolling of the eyes, a sigh of exasperation, and a note to self to never again associate with this person.)

Abby’s response is essentially the same thing, though not quite as blunt:

I seriously doubt they are trying to proselytize… If you wish to invoke the blessings of Zeus upon them, feel free to do so. But don’t be surprised if you have a heck of a time getting waited on the next time you visit the establishment.”

You gotta let some things slide.

If someone wishes you “Merry Christmas” when you go holiday shopping or says “God bless you” after you sneeze, it’s not the time to raise your defenses and call the atheist authorities.

Breathe out. Relax. Everything will be okay.