Opponents of Marriage Equality Are Pretending To Be Proponents of It and Are Lying To Voters October 9, 2012 Ericka M. Johnson

Opponents of marriage equality have reached a new low. They have been calling voters in Washington who support marriage equality and lying to them, telling them they need to reject Ref. 74 in order to allow same-sex marriage.

Which is the exact opposite of true.

How do I know this? On Sunday night, Seattle Atheists (my local group) hosted the Flying Spaghetti Monster Dinner for Marriage Equality. It was an amazing night with all donations going to Washington United for Marriage.

While we were setting up for the event, one of the early arrivals pulled me aside to let me know about a phone call he’d received. He was concerned that some of the WU4M volunteers had gotten their information very wrong because the person who called him was saying if you vote to approve Ref. 74 in Washington State, you’re voting against allowing same-sex marriage. The caller was extremely rude and woke him up with a Monday morning call… but Washington United for Marriage does not run phone banks in the mornings. It’s just about the worst time to call voters because everyone is getting ready for work and the day ahead. This was clearly a phone call from the opposition posing as supporters.

I mentioned this new deceptive tactic during our fundraising event only to hear a second person come forward with a very similar story. She said she’d answered the phone at her parents’ house and the caller was very insistent that she needed to reject Ref. 74 in order to support marriage equality.

Having participated in the Ask An Atheists Stream-A-Thon to raise money for WU4M, she was quite well educated about the referendum and told him so. But he kept pushing, telling her she was mistaken. This call also came in the morning and was about a month ago, by her best estimate. 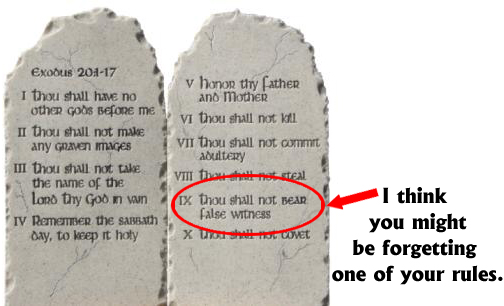 I’m overwhelmed. I’m horrified. I knew the opposition was shady but I never would have guessed they’d stoop this low. I wish I knew more about who exactly was organizing these false calls. Are they connected with Preserve Marriage Washington, the local group working to oppose marriage equality? Or are they another group working independently? At this point, there’s really no way to know. Hopefully more people who’ve received these calls will come forward to help piece all of this together. In the meantime, I’m going to double down on volunteering at local phone banks.

One additional note: Rick Santorum is coming to town to raise money for Preserve Marriage Washington. He was in Spokane for lunch today and Bellevue for dinner on Wednesday. Anyone interested in attending to hear what falsehoods he spreads?

October 9, 2012
God Never Gives You More Than You Can Handle
Next Post