This is Joshua Horn in 2010, when he was president of Arizona State University’s Secular Free Thought Society: 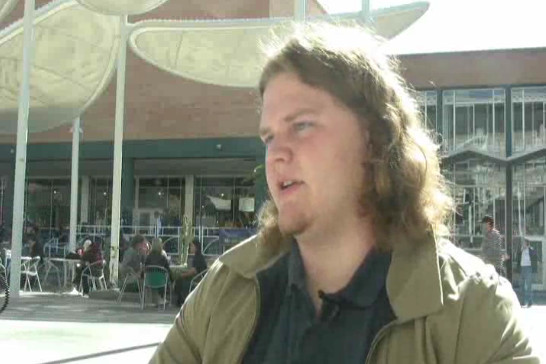 This is Horn now, recalling what happened a couple of months after that video was taped:

“The best way I can explain it is it wasn’t just perceiving something or experiencing something, it was experiencing some particular thing in a whole new way of experiencing it,” Horn says. “And it was the fact that it was a new way that was strange, more so than the interaction with the new thing… The only word I can use for it is a mystical sense. I had never experienced it. I had never perceived anything that way before and I would maintain that what I perceived mystically was Jesus Christ.”

I still say these atheist-to-Catholic conversions are rare and they only get attention because Catholic-to-atheist transitions occur much more frequently. When someone’s story contradicts a popular trend, reporters are interested, and I’ll admit Josh’s story is unique and fascinating.

But it doesn’t mean he’s right. The story doesn’t really explain any rational reason that Horn changed his mind — he just did.

Catholics don’t mind that explanation at all. When you set the bar for evidence right on the ground, you’re excited whenever someone says they believe what you do, regardless of how that person arrived there. I’d rather be around people who can convince me of their way of thinking — and strong feelings doesn’t cut it in atheist circles.

(via Feast of Eden)

October 7, 2012
Republican on House Science Committee: Evolution is a Lie Straight from the Pit of Hell
Next Post