Florida Sheriff’s Office Responds to Outbreak of Violence: Prayer Will Make Everything Better

There’s been a lot of violence in Orlando, Florida lately and one of the more tragic stories involves a 15-year-old girl, Danielle Sampson, who was shot in the head during a drive-by shooting.

The Orange County Sheriff’s Office knows exactly what to do to make the violence stop: Pray. 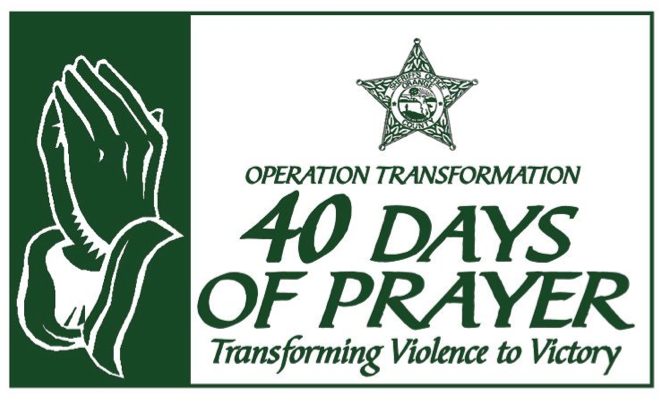 For the next 40 days, Orange County Sheriff’s Office Chaplains will be leading Operation Transformation. It’s 40 days of nightly prayer vigils bringing OCSO and the faith community together to reduce violence.

This will totally make everything better, you guys. The Chaplain even says so:

According to Chaplain Willie James Barnes, praying for safer streets is something that works. He was part of a similar project with Orlando police in 2008.

“It worked. We did it all over the city of Orlando, and I’ll tell you the crime rate went down,” said Barnes.

Others things my high school Statistics students could tell you.

The Freedom From Religion Foundation, while understanding the sensitive nature of the violence in the community, isn’t letting this slide by (PDF):

We are appalled and saddened by the random shooting of Danielle Sampson. We join with others in decrying this senseless violence, and demanding reform to get assault weapons off of our streets and protect innocent lives. Our organization, mainly atheists and agnostics, has just donated $250.00 to help the Sampson family pay for Danielle’s medical care at gofundme.com/supportdanielle. However, senseless and tragic violence is not an excuse to disregard the Constitution.

… Put simply, your office is misusing its secular power to call for religious rituals and exhort citizens, regardless of beliefs, to participate in prayer.

As Sheriff, your overt promotion of religion using your official title, badge, and seal gives the unfortunate impression that the County supports and endorses particular religious rituals. The government is sending the message “to nonadherents that they are outsiders, not full members of the political community, and an accompanying message to adherents that they are insiders, favored members…”

Ultimately, FFRF doesn’t want to sue or get money from the OCSO. They just want to know that reasonable, practical steps are being taken to fix the problems. Prayer isn’t one of those options:

While religious leaders are free to hold prayer rallies, the Orange County Sheriff’s Department is not. Public officials should get off their knees and get to work. Do something practical to help Danielle and prevent other such crimes. Please inform us in writing of the actions that Orange County is taking to remedy these constitutional violations.

I’m sure this will lead to negative publicity — why are those damn atheists complaining in the midst of our tragedy? — but religious groups have always used tragedy as an opportunity to promote their faith. I’m glad FFRF is taking a stand against that. We all want violence to go down. It’s too bad OCSO doesn’t have a legitimate plan to make that happen.

October 5, 2012 Dealing with Drama and Burnout in the Atheist Movement
Browse Our Archives
What Are Your Thoughts?leave a comment