This is not the Muslim prophet Muhammad:

No confusion there, right?

Then that makes you smarter than the administrators at Reading University in England. They kicked an atheist group out of the school’s organization fair (“Freshers’ Fayre”) because the students labelled a pineapple “Muhammad” in order to talk about “blasphemy, religion, and liberty”:

“We wanted to celebrate the fact that we live in a country in which free speech is protected, and where it is lawful to call a pineapple by whatever name one chooses,” a society spokesperson said.

Towards the afternoon, the group was informed they had to leave the fair by a member of Reading University Student Union (RUSU) staff. The reason given was several complaints had made against the offending pineapple, although RAHS members insist they were not made aware of any such protestations.

The society refused to remove the fruit due to their “commitment to freedom of expression”, to which they were told by the RUSU member: “Either the pineapple goes, or you do.”

The pineapple was seized. Then it was returned. Then, the atheists renamed the pineapple “Jesus.” That’s when the group was kicked out:

The [Reading University Atheist, Humanist, and Secularist Society] believes in freedom of expression. Our intent in displaying a pineapple labelled “Mohammed” was to draw attention to cases where religion has been used to limit this and other fundamental rights, such as the imprisonment of Gillian Gibbons. We did not expect to be forced out of the Freshers’ Fayre because of a pineapple, and we are disappointed that RUSU took this action.

Outrageous. This wasn’t offensive. It was raising an important point about free speech and the ability to criticize religion without getting punished for it. And yet students and the school’s administration couldn’t handle it.

I don’t get it. Pineapples don’t look like Muhammad, anyway. They bear a much more striking resemblance to Sideshow Bob.

At least the response has been pretty entertaining. The University of Sheffield Secular & Atheist Society planned an event for next week during which they will invite guests to name their own food:

We at the University of Sheffield Secular and Atheist Society do not agree on much, but we do agree on the vital necessity to defend the liberty to name pineapples and all other foodstuffs as we see fit. We also really like potatoes.

Which is why, on Wednesday the 10th of October we encourage all those who are interested in potatoes, freedom of expression and the pursuit of happiness to come to the Interval [bar] armed with a potato, grab a beverage of their choice and then name their potato as they see fit.

I’m personally intending to name at least one potato after David Cameron, and another after Xenu. 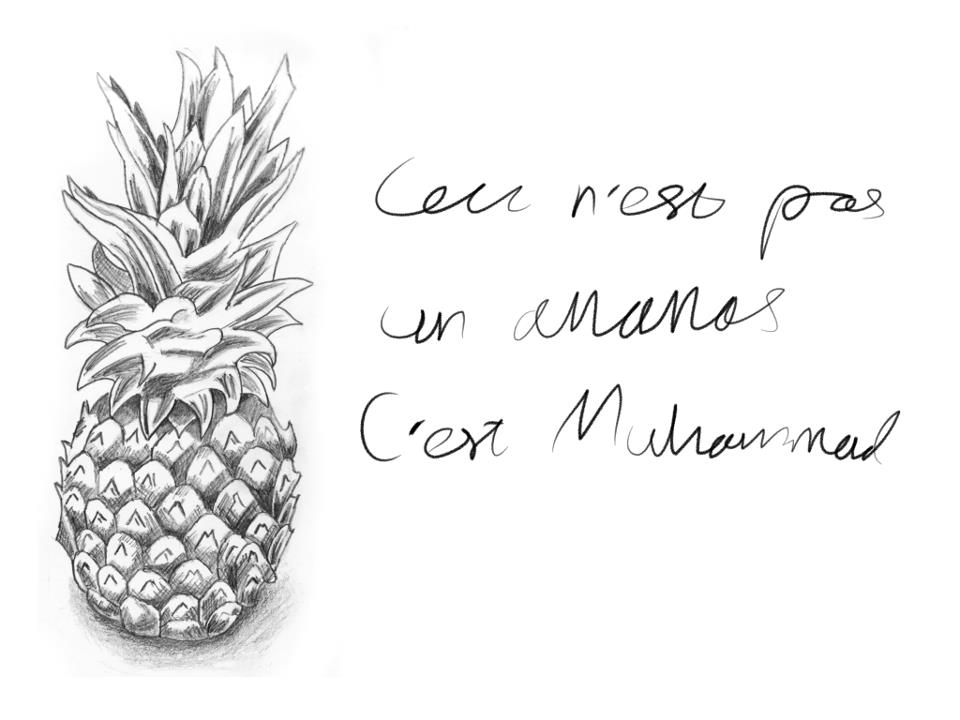 It’s all just the latest in a long line of atheist/fruit co-mingling: 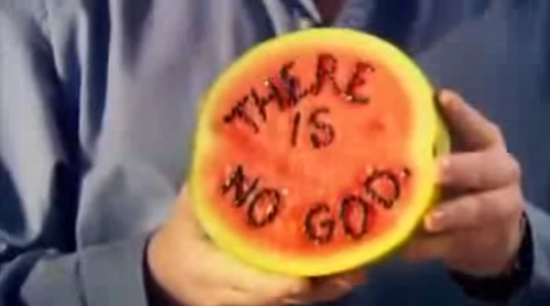 October 4, 2012
The Bible-Promoting Cheerleaders in Kountze, Texas Go To Court
Next Post

October 4, 2012 Edward Tarte and the McDonald's Biscuit
Browse Our Archives
What Are Your Thoughts?leave a comment