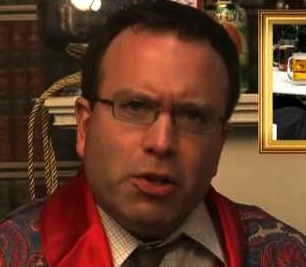 Yesterday, the Secular Coalition for America (of which I am a former employee) held a Capitol Hill briefing, something that’s actually kind of gutsy considering the toxicity with which atheism is regarded within the Beltway. It featured a handful of big names from our movement, including Harvard’s Greg Epstein, David Niose (most recently notable for his new book Nonbeliever Nation), and of course SCA’s chief, Edwina Rogers.

What ought to have been a real boon for its efforts was the attendance of Washington Post columnist Dana Milbank, one of the most widely-read writers in politics and someone with a wry and subversive sense of humor.

Alas, it did not prove to be the stroke of good luck that the SCA might have wanted. In fact, it reflected badly, I think, on Milbank, whose work I normally respect a great deal (I’ve even met him once, ages ago, and he was extremely kind).

Milbank used his column to belittle the briefing, plain and simple. He rolled his eyes at what he perceived as the smallness of our agenda (addressing the National Day of Prayer, etc.), found humor in the fact that Epstein is from Harvard (I guess because that’s supposed to be some kind of godless egghead haven?), and peppered the piece with references to our “God-given rights” and exclamations like “Good heavens!” (See what he did there? ‘Cause we’re atheists? Yeah.)

Worst of all, to my mind, was this bit about Edwina Rogers:

Rogers, who assumed her position atop the nonbeliever pyramid this year, is a creative choice for the job. She’s a Republican veteran of George W. Bush’s White House and the ex-wife of GOP super-lobbyist Ed Rogers, and she had a cameo on “The Real Housewives of D.C.”

Rogers, in a glittery gold blouse and knee-high boots with four-inch heels, acknowledges that she has a bit of a challenge to match the $390 million she says religious groups spend on lobbying each year.

I don’t mind Milbank reporting her background, as most of us were ourselves agog at the choice and wary of her unconventional resume. But then to make hay out of her outfit? It’s fine if Milbank thinks our agenda is silly or Sisyphean. But to ding Rogers for her clothes — to even mention them — is beyond the pale, as it implies a judgment about Rogers as a woman, using criteria that would never be used on a man. Epstein and Niose, obviously, did not have their outfits reviewed.

This is a shame. Milbank should be better than this, and rather than using this as an opportunity to explore a burgeoning movement, he decided to stick his nose up at it, and even did so with a dash of sexism (and it’s not the first time). It’s beneath him and beneath the Post. 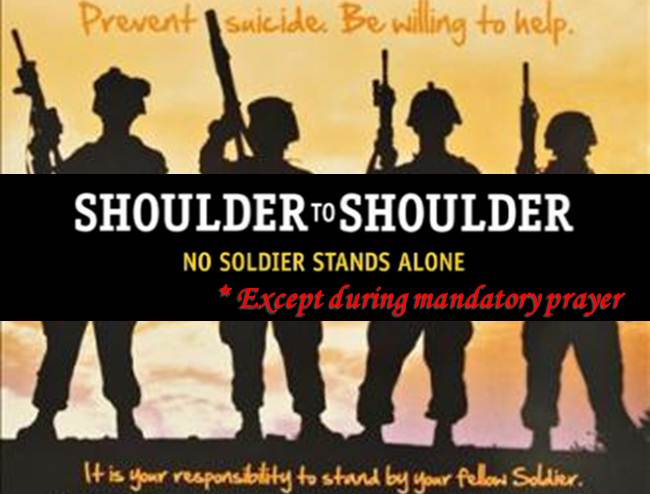 October 2, 2012 A Day to Address Military Suicides Becomes a Proxy For Religious Revival
Browse Our Archives
What Are Your Thoughts?leave a comment