Secular Groups Issue Report on Anti-Atheist Discrimination Around the World

Back in August, five secular organizations — the American Humanist Association, Center for Inquiry, International Humanist and Ethical Union, Richard Dawkins Foundation for Reason and Science, and Secular Coalition for America — met with the U.S. Department of State’s Office of International Religious Freedom.

At the meeting, they presented a report on instances of anti-atheist discrimination around the world — unfortunately, there are a hell of a lot to choose from — and that report is now available online: 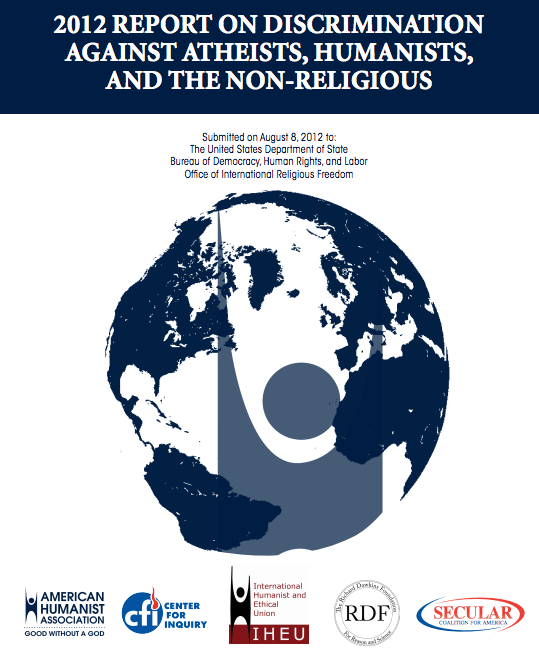 This report will show that atheists, humanists and other freethinkers are discriminated against by governments across the world. Some governments outlaw the very existence of atheists, while others prosecute people who express their religious doubts or dissent regardless of whether those dissenters identify as atheist. More commonly, secular people experience discrimination when they manifest their conscience by acting against the dictates of the religion of their family, community or country.

The hope is that the IRF will include these examples in its Annual Report next year.