If you spend any amount of time around the atheist community — on blogs, on videos, at in-person meet-ups, reading books, etc. — you quickly find that the arguments given in favor of the existence of a god tend to repeat themselves. I’m sure you’ve heard most of the following:

There is a god because…

Some arguments draw from bad philosophy, while others pretend to be scientific arguments, even if they fail miserably.

Every so often, though, you come across an argument so weird, so delightfully incoherent, that you have to stop and admire the mental contortions that went into its creation.

Take Fr. Dwight Longenecker, a Catholic priest and the author of the Standing on my Head blog on the Catholic Channel of Patheos. He thinks he has very good evidence for God’s existence.

If an atheist exists, then God must also exist. To understand this maddening and confusing statement we must first examine whether God exists. If he exists then we can breathe a sigh of relief and conclude that atheists also exist. 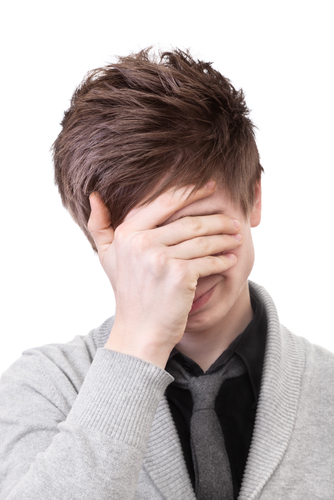 Does that make no sense at all to you? Don’t worry, it’ll make even less sense soon. I’m shortening the argument somewhat for convenience.

Whether God exists or not depends on whether anything exists. The question is not whether God exists, but the more fundamental question of “why is there anything at all?” We see that there are things that exist. There are trees and animals and human beings and rock and plants and there are atheists too. But do they really exist? Yes and no. They are here now, but they will not be here forever. All the things we see (including the atheists) are mutable. They change.

If they exist — even for a time — then there must be some other quality to their existence that enables them to exist. Something must be holding them up.

Feel free to read the whole post, but I’m sure you can guess what he thinks is “holding them up.” Essentially, the argument is that the very fact that anything exists means that God must exist.

I guess I can be grateful that the good father at least is willing to accept the premise that things exist. He then goes on to say that things “cease to exist,” which would be a non-controversial statement in the hands of someone following the ordinary rules of reasoning, but in this case it requires closer examination.

What, exactly, does Fr. Longenecker mean when he says that something “ceases to exist”? When we die, the atoms that compose our body don’t disappear. They merely get reconfigured into something else. At which point did things stop existing, in his view? It would be reasonable to assume then that Fr. Longenecker is referring to the particular configuration of atoms and interactions that compose our living bodies. However, then what “enables them to exist” becomes a scientific question, and one with an increasing number of answers coming from the fields of physics, chemistry, and biology, to name a few.

However, this is not the most ridiculous part of the argument. Let’s allow that things exist and then cease to exist. Fr. Longenecker then says that the fact that things don’t last forever is a clear sign that something (i.e God) is holding them together. This is asserted with no supporting evidence or even an attempt at a rationalization. It is assumed to be self-evident. Why should any cause beyond our presence in a universe with certain physical constants be required? What if there were things that were unchanging? Would they be exempted from this requirement of Divine Glue? Why?

Fr. Longenecker concedes that this is not a “watertight proof” of God’s existence (ya’ think?) and dismissively says that he knows some will “bluster about ‘logical fallacies’ and so forth.” The fact that this argument is so weak as to be almost incoherent cannot be dismissed by calling criticism of it “bluster.” All this argument achieves is to demonstrate yet again the knots certain people are willing to tie their brains into in order to fit the square peg of God into the round hole of reason.

September 26, 2012
The Wrong Way To Speak Out Against Blasphemy Laws
Next Post