If Gregor Mendel was the Father of Genetics, Thomas Hunt Morgan, whose birthday we celebrate today, was the Godfather of Genetics.  He was the first to win a Nobel Prize for genetics and, from his lab, several of his students went on to earn their own Nobel Prizes thanks in part to his mentorship.

So what did he do that was so great? What makes him worthy of a new nerdy holiday?

Morgan figured out so many of the basics of genetics that we now take for granted. Because of his work, we know that genes are on chromosomes, that crossover sometimes happens in between them when eggs & sperm are made, that radiation causes mutations, and that many traits are linked to sex chromosomes. He also established Drosophila (fruit flies) as a model organism and developed a radical research environment where scientists in the same lab would talk to each other frequently and were encouraged to share their thoughts and data (which is now pretty much the standard.) He started mapping genes on chromosomes to determine their order and measured their relative distance from each other by linkage mapping. This is why the unit of measure named after him is a measurement of genetic linkage.

Above all else, Thomas Hunt Morgan was a skeptic. He hated speculation and disregarded what there wasn’t evidence to support. Early on, he was actually a critic of Mendelian genetics and Darwin’s explanation for evolution. He set out to prove an alternative hypothesis for heredity but his data only confirmed Mendels results and filled in the gap in Darwin’s Theory of Evolution By Natural Selection regarding the mechanics of inheritance. In 1916, he wrote A Critique of the Theory of Evolution which laid out the detailed genetic mechanism for the inheritance of variations and thus placed a major missing puzzle piece into Darwin’s theory.

The man was brilliant, diligent, and hungry to better understand how things worked. In fact, he couldn’t even be pulled away from the bench to attend his own Nobel acceptance ceremony in 1933 because discoveries in the lab were more interesting to him.

So how will you celebrate Thomas Hunt Morgan Day? Enjoy some Drosophila Cookies! 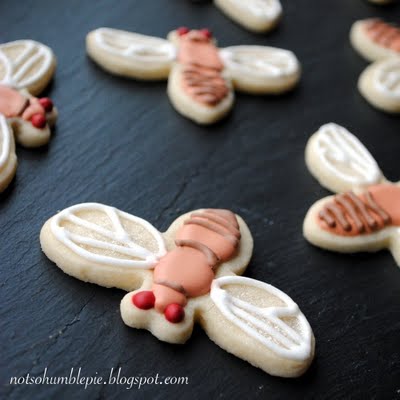 September 25, 2012
Just Say No to Skeptic Calendars
Next Post