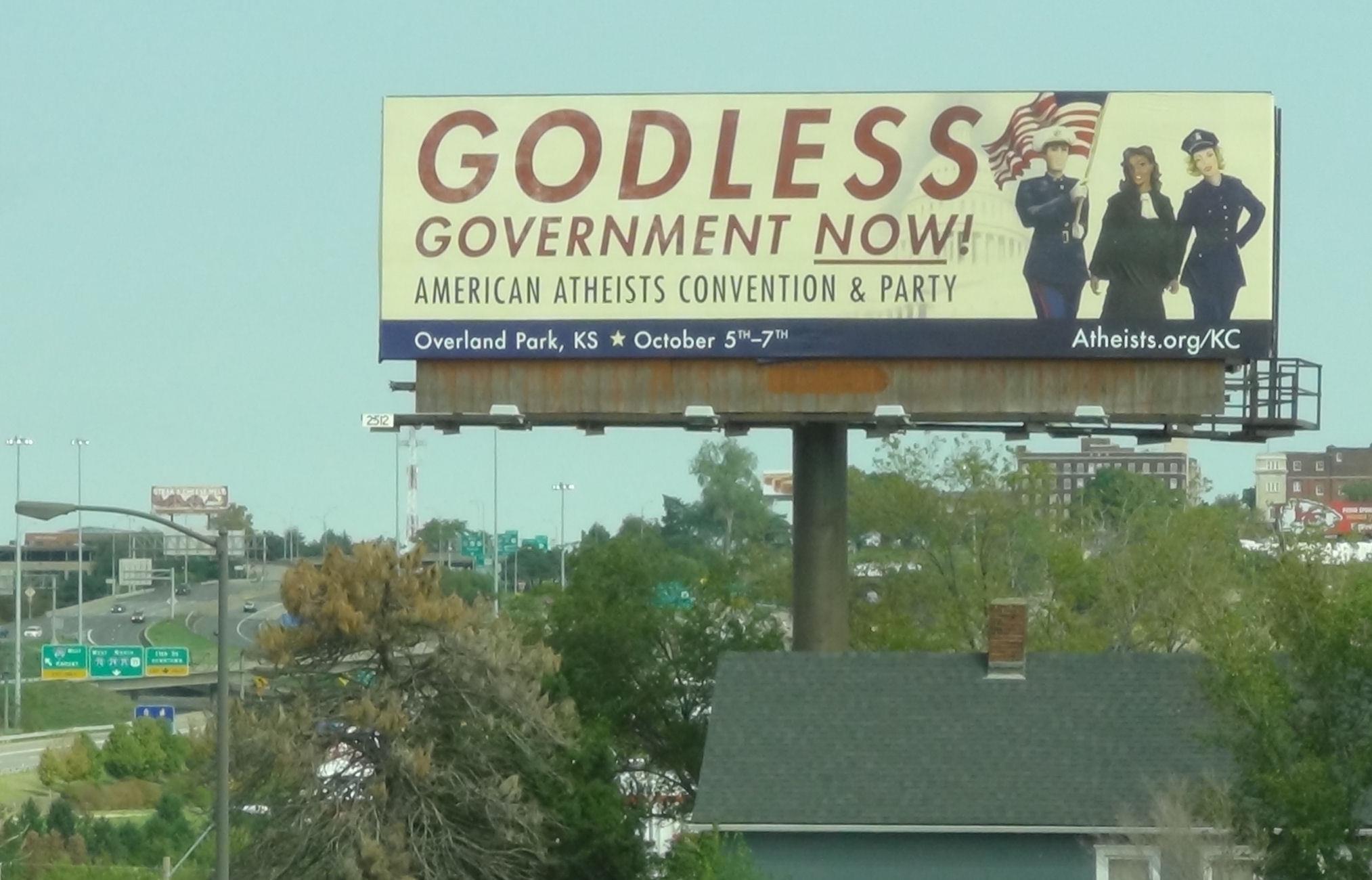 “Our convention is intended to unite people who are concerned that religious fundamentalism in government will seriously harm public education, science policy, women’s rights, gay rights and America’s standing in the world,” said Sarah Hargreaves, president of the Kansas City Atheist Coalition. “We believe that separation of church and state is fundamental, and we want to promote rational values in government and at home.”

But I’m sure that won’t stop people from complaining…

The two billboards cost $5550 in total and will be up through the first week of October. Credit for the graphic design goes to KCAC board member Veronica Brown.

September 23, 2012 Black Pastors Voice Support for Marriage Equality in Maryland
Browse Our Archives
What Are Your Thoughts?leave a comment