German Catholic Bishops: Give Us Money or We’ll Effectively Excommunicate You

In Germany, where people are “officially” registered as Catholics (or Protestants or Jews or whatever), you pay a “religious tax” each year that can be about 8-9% of your annual income tax bill. That’s part of how the Church makes its money. If you’re an atheist, you don’t pay that fee.

And it’s a problem for religious leaders when people no longer attend Church or list themselves as Catholics… yet take advantage of the Church’s services.

So local bishops are putting a stop to that: 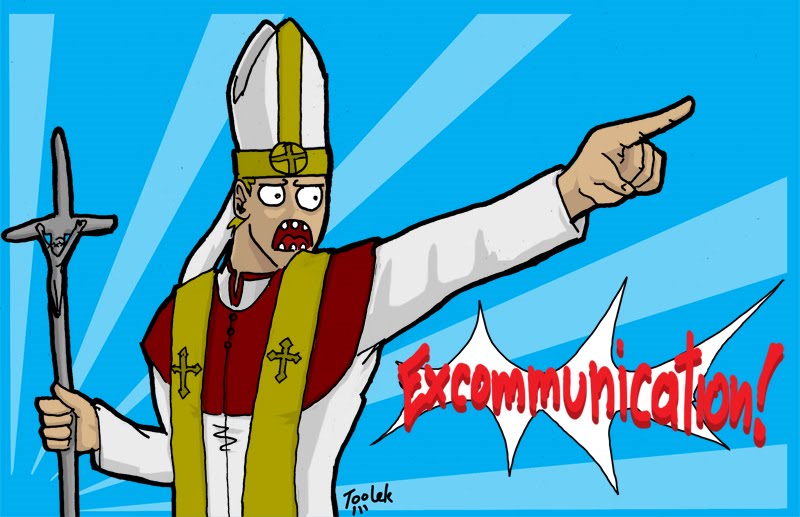 “This decree makes clear that one cannot partly leave the Church,” a statement from the bishops conference said. “It is not possible to separate the spiritual community of the Church from the institutional Church.”

Catholics who leave can no longer receive sacraments, except for a special blessing before death, the decree states.

They cannot work in the church or its institutions, such as schools and hospitals, or be active in church-sponsored associations such as charity groups or choirs.

They cannot be godparents for Catholic children and must get a bishop’s permission to marry a Catholic in a church ceremony. “If the person who left the Church shows no sign of repentance before death, a religious burial can be refused,” it added.

The full decree (in German) is here.

None of this seems like much of a loss. If anyone actually wants these services, they can just pretend to be Catholics and pay the tax — apparently, the bishops have no problem with people lying about their faith if the money’s rolling in.

From an economic standpoint, I understand the Church not wanting to spend its hard-earned money on freeloaders, but I don’t get the banning of non-Catholics from doing church-sponsored charity work or becoming godparents.

Anyway, there are about 24,000,000 Catholics in the country. According to Reuters, 120,000 people usually leave the Church each year, though that number shot up to “181,193 two years ago as revelations about decades of sexual abuse of children by priests shamed the hierarchy…”

Maybe this will be the impetus for the other Cafeteria Catholics out there to Just Say No to the Church and uncheck the box labeling themselves ats Catholics.

You don’t need the Church and the bishops are making it clear that they don’t want you.

(Thanks to Ward for the link)

September 22, 2012 Are Psychics Coming Aboard, Too?
Browse Our Archives
What Are Your Thoughts?leave a comment