In Cranston, People Are Complaining About the ‘Banning’ of a Father-Daughter Dance September 20, 2012 Hemant Mehta

In Cranston, People Are Complaining About the ‘Banning’ of a Father-Daughter Dance

There’s controversy brewing in the Cranston Public Schools in Rhode Island. (And Jessica Ahlquist has nothing to do with it.)

Back in May, the ACLU sent a letter (PDF) to the district informing them that a father-daughter dance sponsored by Stadium Partners in Education (a parent-teacher organization) could pose a problem. Federal law against gender discrimination says that you can’t hold an event like that unless you offer “reasonably comparable activities… for students of the other sex.”

So what were the boys offered?

A dance for the girls. Baseball for the boys. How quaint. 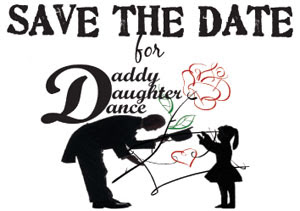 Obviously, those aren’t the same kinds of activities and the whole thing reeked of discrimination. So the school district had a few options: offer “comparable events” like a father-daughter baseball game and mother-son dance, offer a gender-inclusive “parent-child” dance… or just cancel everything altogether.

Eventually, the district decided to cancel everything altogether. It was their decision and it was an amicable settlement with the ACLU. They did it quietly and no one complained (perhaps because they didn’t know it happened) but they felt it was the best option.

But, like I said, that was four months ago.

It became news this week after Sean P. Gately, a Rhode Island Republican running for state Senate, said that “Republican leaders of the House and Senate have agreed to sponsor legislation to modify a state law in order to allow father-daughter school dances.” (He actually couldn’t do that since the federal law I mentioned above would still stand… but it riles up members of his base who don’t understand things like that.)

But that statement somehow brought the issue back into the public spotlight over the past few days.

So yesterday, Steven Brown, the executive director of the Rhode Island ACLU, said this (PDF) in response to the Christian whining:

“[Parent-Teacher organizations] remain free to hold family dances and other events, but the time has long since passed for public school resources to encourage stereotyping from the days of Ozzie and Harriet. Not every girl today is interested in growing up to be Cinderella — not even in Cranston. In fact, one of them might make a great major league baseball player someday.

“We commend the school district for its resolution of the matter, and are sorry to see some people turning it into a political football — a game that they may think only boys should be interested in.”

The superintendent of the district, Dr. Judith A. Lundsten, also sent a message of her own (PDF) yesterday to “partner organizations” of the district, explaining her decision to cancel the dance and baseball game:

… while these events are not being organized by the school itself, the school is obviously facilitating such events and can be held accountable. Notices are sent home, events listed on school websites and displayed on school bulletin boards.

I acknowledge many of these events have long traditions and for many parents, these types of gender‐based events are not an issue. However, this is a public school system and under no circumstances should we be isolating any child or their family from full participation in school activities and events based on gender. Please be inclusive when planning your events. I have informed all school administrators of these laws and my expectations that no events be held that are gender exclusive.

As you might expect, the backlash has been brutal in Cranston.

“In the zeal to protect people who feel they are being disenfranchised, this policy has completely denied our children of one of the most cherished traditions in their school experience. I sympathize with these parents because it seems once again that Cranston is at the epicenter of another attack on our traditions by the ACLU,” said Fung.

Because, as we all know, if you do something long enough, that automatically makes it ok…

Focus on the Family’s Jim Daly, who grew up without a father, used the controversy to suggest that the secular liberalistas were trying to make father-daughter dances illegal — which isn’t true at all:

Public school officials in Cranston, Rhode Island, have banned all “father-daughter” and “mother-son” activities, citing a threat from the American Civil Liberties Union…

… I always faced this “loss” during high school football with “Dad’s Night.” But I would never have wanted to deprive my teammates and friends of that special moment even if I couldn’t share it with my own father. How self-centered!

Again, the ACLU and school district didn’t ban anything. The dances are still perfectly legal… as long as a mother-son dance is also offered. But Daly didn’t even mention that.

One local woman, writing a letter-to-the-editor to the Providence Journal, was furious:

Wise up, people. This is the beginning of a dangerous precedent, and it’s our children and grandchildren who are going to suffer.

Life is sometimes NOT FAIR. Deal with it.

Is it really a surprise to anyone that the loudest complainers are completely ignorant of the federal law?

On page after page of comments on all those links I’ve provided above, you see people upset that a “tradition” has been stopped and that one person “ruined” the fun for everybody.

They’re missing the point. When a law is being broken, it doesn’t matter how many people complain or how long the infraction has been taking place.

It seems like few people in that community learned anything from Jessica’s fight.