A judge in Edmonton (Alberta) has decided against saving the life of a two-year-old girl, over the objections of the parents. 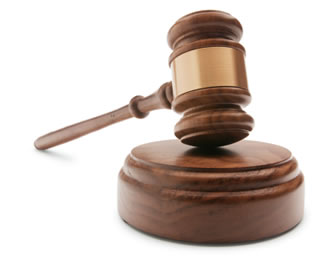 It sounds like the decree of a wicked judge, but there’s more nuance to this story.

The girl’s parents stand accused of severely abusing both her and her twin sister. The extent of the abuse is horrific:

… paramedics arrived at the family’s Edmonton home and found young twin girls emaciated. One was in cardiac arrest. That twin had a head injury that has kept her in the Stollery Children’s Hospital ever since. Her twin sister was also starved and injured, but is now recovering in a foster home with her brother, who was found in good health in the home. Police say the girls weighed 13 pounds and 16 pounds when found.

Just as a point of reference, the average 2-year-old girl weighs twice what these girls weighed.

The parents deny abusing their children, saying that they “fell down a flight of five stairs” and hit their heads three days before being discovered. They also claim that the girls were mobile and able to crawl before their fall. Doctors contradict these statements, though, saying that the girls’ physical states made it impossible for them to be mobile just four days before being admitted to the hospital. One of the girls had a bedsore inconsistent with a mobile child and their emaciated state indicated long-term malnutrition. In addition, their head injuries were consistent with repeated impacts.

After all this, doctors testified that one of the girls would never recover and was close to brain dead. That led them to believe that it was in everyone’s best interest to end her life so her suffering would not be prolonged.

To no one’s surprise, the girl’s parents have requested that everything possible be done to maintain the life of their daughter, citing their Muslim beliefs. The father stated:

“My religious belief is that if it is Allah’s will that despite all the doctors can do for (her) that she passes from this life, then it is God’s will. As a devout Muslim and loving father I find it unthinkable to agree to limit or withdraw medical treatment.”

Leaving aside the gall of someone who appears to have brought a baby to the edge of death talking about being passively obedient to “Allah’s will,” there is a bigger complication — and conflict of interest — in this story.

This “father” (and I use the term very loosely) and his wife are being accused of aggravated assault, criminal negligence causing bodily harm, and failing to provide the necessities of life — all very serious charges. However, if one of their daughters dies, the charges could be upped to murder, which leads one to wonder whether this insistence on life-sustaining measures might have less to do with religious piety and love… and more to do with wanting to avoid a harsher sentence.

The judge was likewise doubtful of the motivations of the parents when she said:

Even more interesting was what the judge had to say about the supposedly religious motivation for the parents’ position:

“Since M herself is too young to have ever made her own individual religious commitment,” she continued. “The beliefs are those of M’s parents, not her own.”

“The only issue that I must decide is what is in M’s best interests. And because of their lack of information and involvement, I place less weight on M’s parents views regarding her best interests.”

The distinction between the beliefs of the parents and the beliefs of a child is obvious but one we don’t hear nearly enough. Muslim adults may have strong opinions about the treatments they want to receive or reject and a complete right to follow those beliefs within the law. Parents normally have legitimate control over the lives of their children, but their religious convictions are not necessarily their children’s and should not be treated as such. In addition, religious conviction doesn’t (shouldn’t) require special treatment. If something is illegal for the rest of us, you shouldn’t get a “Get out of jail free” card just because you believe your wish to violate the law has divine backing.

In this case, the sincerity of even the religious belief is suspect. The judge has ruled that the parents are not in a position to make medical decisions for their children, given the existence of severe abuse. The parents have managed to have the ruling stayed while they appeal the decision. The case is complicated by the fact that the trial has not yet taken place, so removing life-support could lead to a murder accusation for parents who have not yet been found guilty of anything. At least theoretically, they could be found innocent, which would mean they would have been denied the final say on their daughter’s life based on a subsequently debunked suspicion.

Given the testimony of her doctors, it is my sincere hope that this little girl is allowed to go peacefully soon. She should not be tortured by what are, at best, desperate, loving parents or, at worst, exploitative, abusive monsters. Hopefully her suffering will end soon and then the grim task of exacting justice for her death can begin. And no amount of “Allah’s will” will prevent that.

[Update]: The appeals court has denied the appeal to prevent the implementation of the original judge’s decision. The child will be taken off life support in the next 24 hours, and each parent will separately get 20 minutes to see her for the last time. I can only be thankful that she is already effectively gone, and thus she will not have to see her tormentors one more time. May her passing be peaceful and painless.

September 19, 2012
Cheerleaders at Texas High School Angry Because They Can't Hold Up Biblical Run-Through Signs at Football Games
Next Post