There’s so much wrong with this video, but let me set it up for you.

José Luiz Datena is the host of Brasil Urgente, a primetime show in Brazil. In the clip below, he reports on a crime in which a child was murdered… which makes him go on an anti-atheist rant, because surely an atheist committed the crime.

He also asks for a call-in poll on whether or not viewers believe in god — Datena hopes the results will show that atheists are outnumbered in the country (therefore, presumably, they should just adopt the majority stance).

Make sure the subtitles are on when you watch the video. A few screenshots are below: 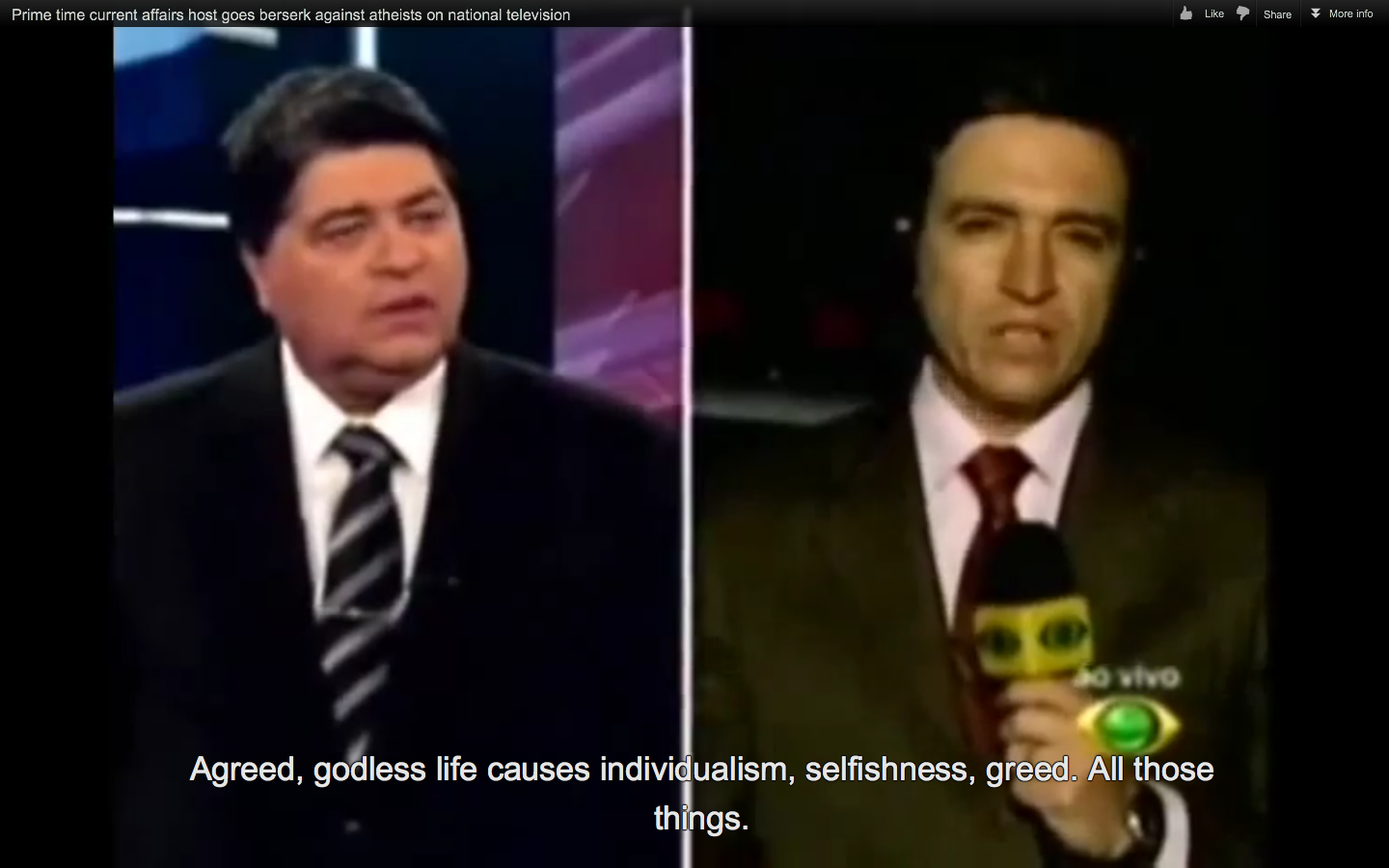 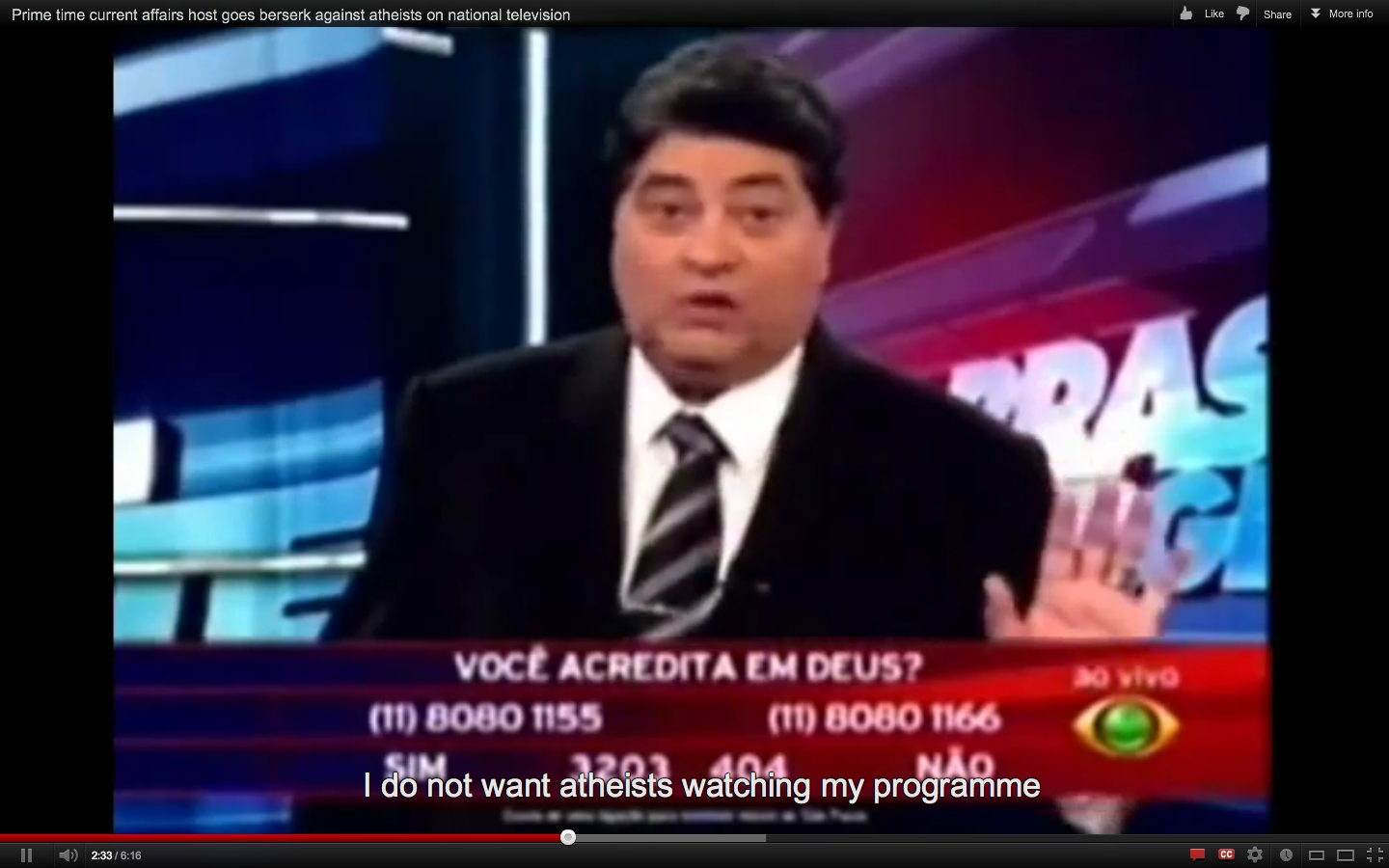 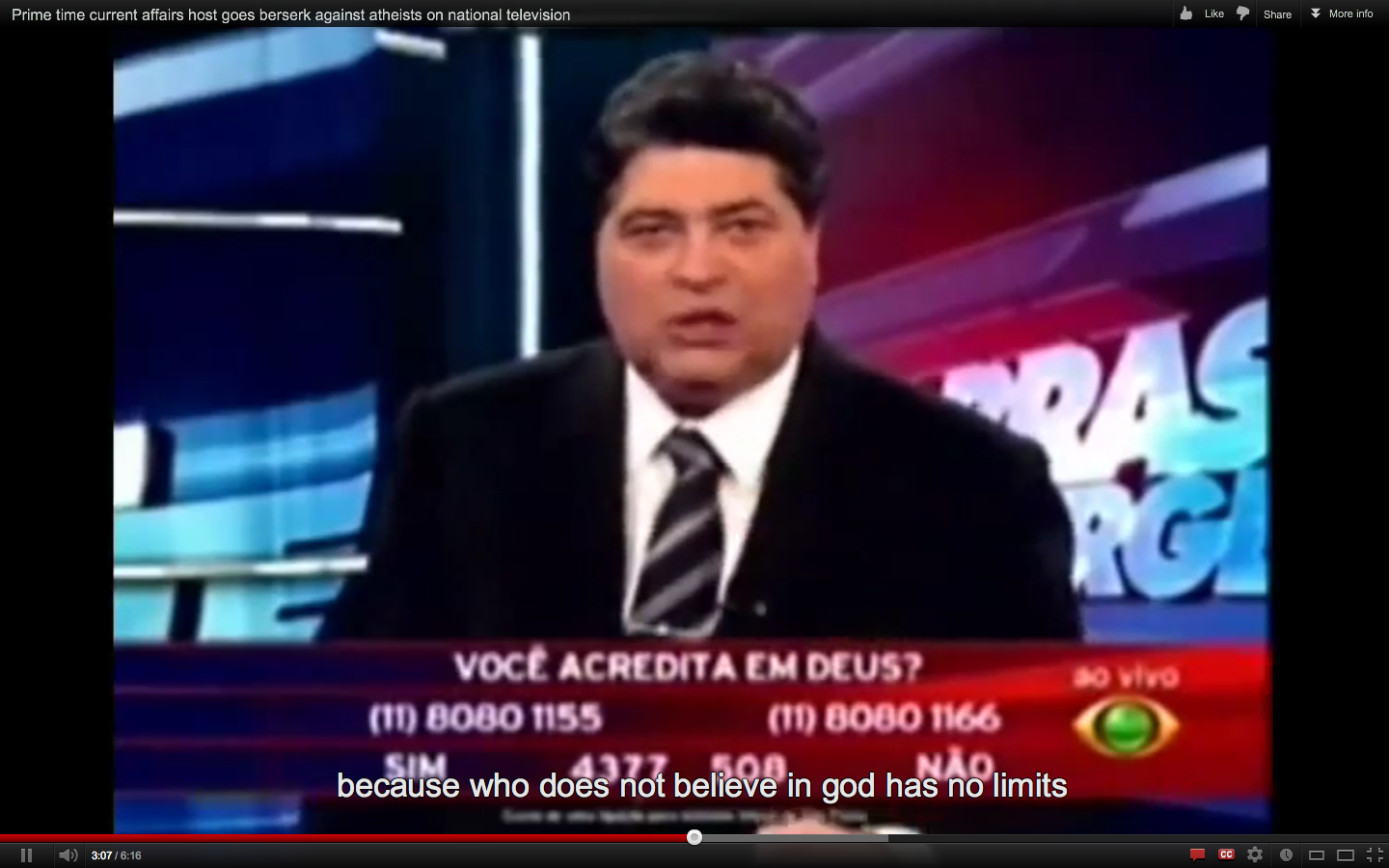 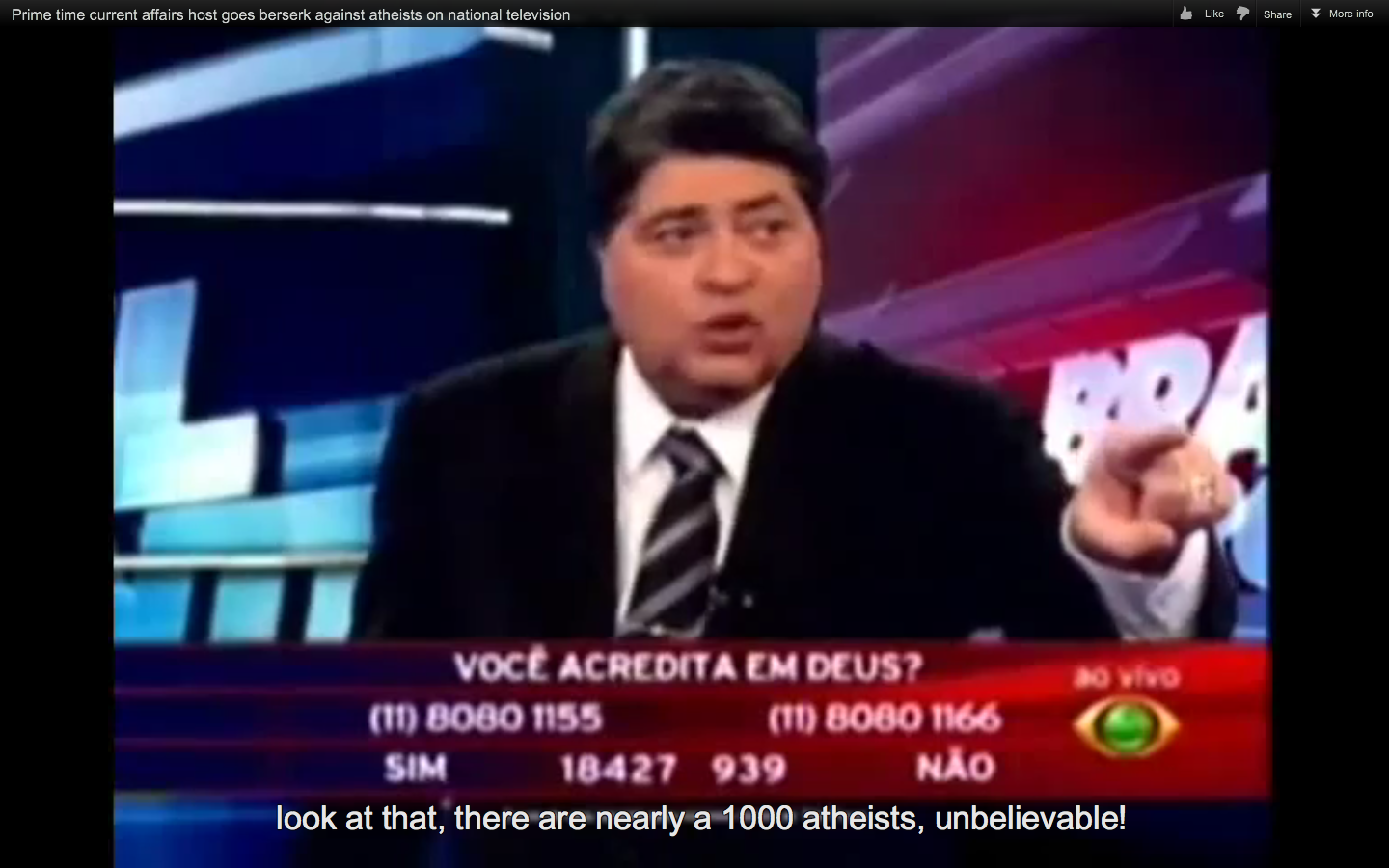 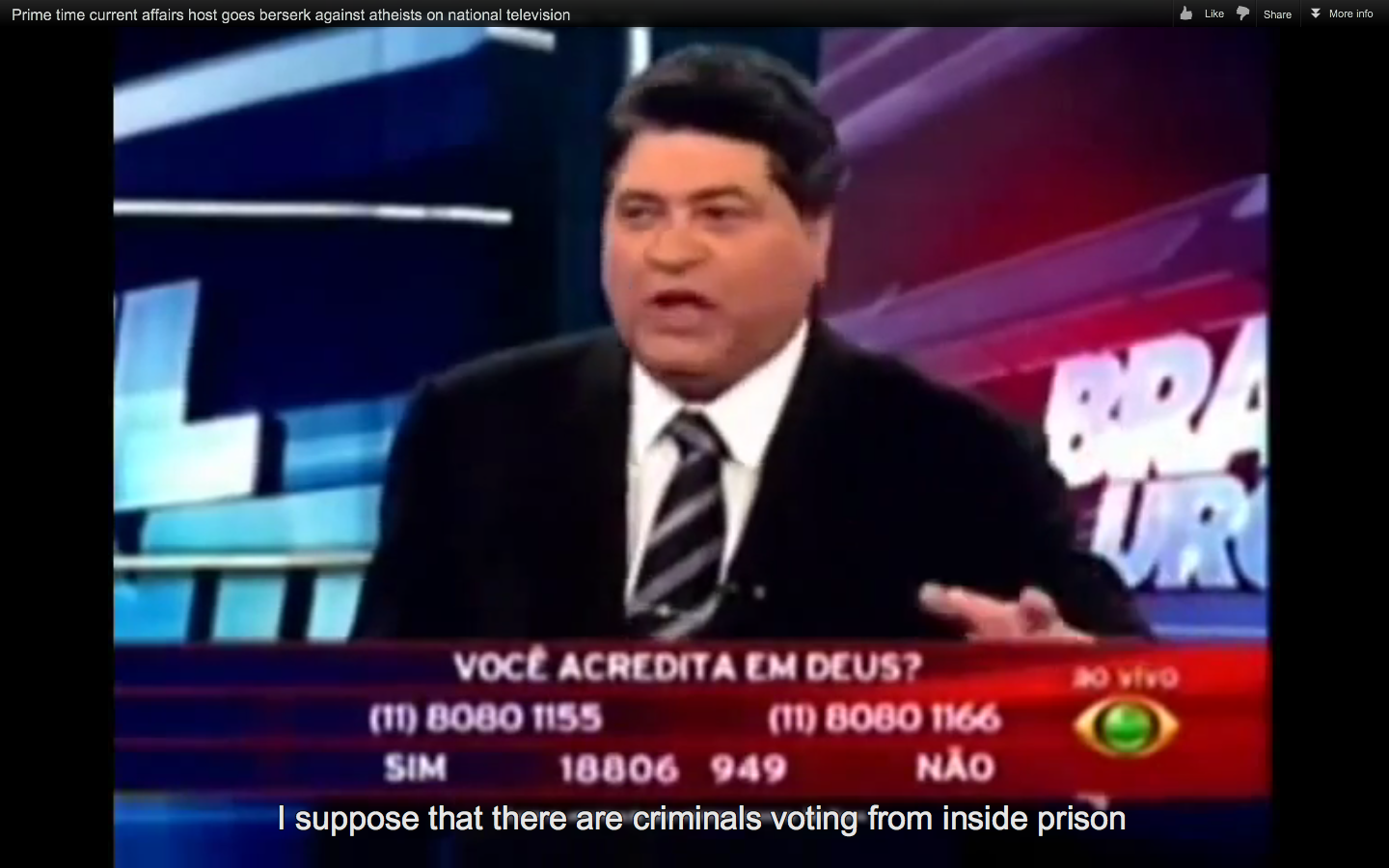 (Thanks to Francisco for the link)

***Update***: According to a commenter, “the Brazilian Association of Atheists and Agnostics filed suit against the TV station and Datena after this broadcast.”

September 16, 2012
Who Needs A Coach When You Have Prayer?
Next Post