I Guess the Dalai Lama’s a Humanist Now?

Earlier this week, the Dalai Lama posted a status update on Facebook that turned some heads:

All the world’s major religions, with their emphasis on love, compassion, patience, tolerance, and forgiveness can and do promote inner values. But the reality of the world today is that grounding ethics in religion is no longer adequate. This is why I am increasingly convinced that the time has come to find a way of thinking about spirituality and ethics beyond religion altogether. 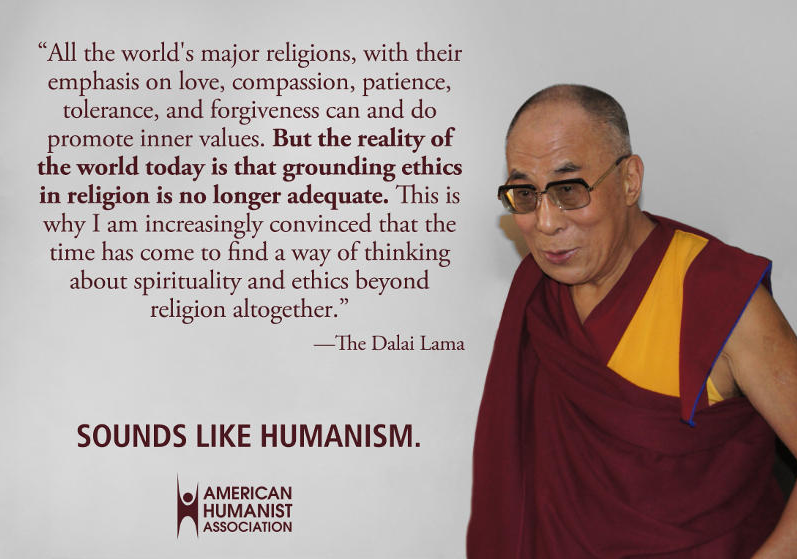 io9 also adds that the Dalai Lama’s thinking “has aligned with [Sam] Harris.”

It’s scary that grounding ethics in religion was ever seen as a viable option in the first place. As the Steven Weinberg saying goes: “With or without religion, good people can behave well and bad people can do evil; but for good people to do evil, that takes religion.”

September 14, 2012
Penn State Atheists Will Get 'Stoned' for Charity
Next Post