There’s a new Christian Right group in Toronto with a specific focus:

A religious advocacy group is taking the Ontario school system to court arguing that public schools need to provide “advance notice” of their teachers’ lesson plans so that parents can vet what their children are allowed to learn.

There is a disturbing trend in Canada’s educational system which is seeing inherent parental rights get trampled by a belligerent, government ideology. This state ideology seems determined to eradicate all traces of judeo-christian morality from society, and is using our schools to achieve that goal.

Riiiiight. That’s the threat the Parental Rights in Education Defense Fund was formed to combat.

What’s their proof of this?

In Quebec, students must take a class called “Ethics and Religious Culture” which doesn’t preach that Christianity is the best religion of them all.

In Ontario, there’s an initiative called the “Equity and Inclusive Education Strategy” which is basically a way to make LGBT students feel more accepted.

So they’re fighting back against threats that are not really threats by demanding advance copies of lesson plans on behalf of a “concerned parent”:

In a Friday release, the newly-formed Parental Rights In Education Defense Fund announced they were teaming up with a “beleaguered parent” to sue school authorities for refusing “to provide reasonable accommodation for his family’s religious beliefs.”

“The parent seeks nothing more than to be given advance notice so that he can either withdraw his children before the lesson, or prepare his children in advance for what they may be taught,” wrote the group.

They make it sound like every lesson in school could be anti-Christian… I don’t know what they’re talking about. I just wrote up my lesson plans for tomorrow. I see no problem with it: 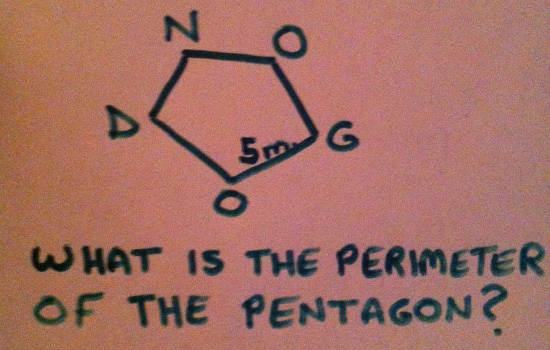 Besides the fact that the schools aren’t teaching anything “anti-Christian” in the first place — unless you’re one of those people who think “tolerance” is a dirty word — this is just a bad idea in general.

1) Teachers don’t always write lesson plans in advance. If a teacher has a great idea right before class starts, I want that person to act on the idea, not feel bound to whatever was written in advance.

2) Teachers rarely stick to the lesson plan. Things happen in the classroom and you’re forced to deviate from the plan all the time. So even if parents were sent these in advance, they’d do little good.

3) If parents want to know about the general curriculum, there are plenty of opportunities to talk to the teacher about it — at the beginning of the year, during conferences, by reading the syllabus, etc. Teachers have department heads and principals looking at what they’re teaching and how they’re teaching it; they don’t need hundreds of parents micromanaging everything they do.

By the way, the entire Ontario elementary and secondary curriculums are already online. Maybe the Christian group should have done a Google search before filing a lawsuit?

Just to be clear, if sensitive issues are going to be discussed in the classroom, I think teachers should inform parents about it in advance so they can take whatever actions they see fit. But that’s not what we’re talking about here. These parents want every lesson plan for every class in advance so they can decide if their kids can handle it.

Allowing this would open the door to parents removing their kids from the classroom if they’re learning about evolution or birth control, not just reading books by LGBT authors.

If they want that much control over the curriculum, you have to wonder why they’re not homeschooling their kids in the first place.

(Thanks to Amy for the link!)

September 9, 2012
A First Look at Salman Rushdie's Autobiography
Next Post