After introducing himself by saying, “I’m Jewish, I’m gay… but first and foremost… I’m an American,” Rep. Jared Polis (D-CO) spoke at the Democratic National Convention earlier tonight and gave a shout-out to “nonbelievers”: 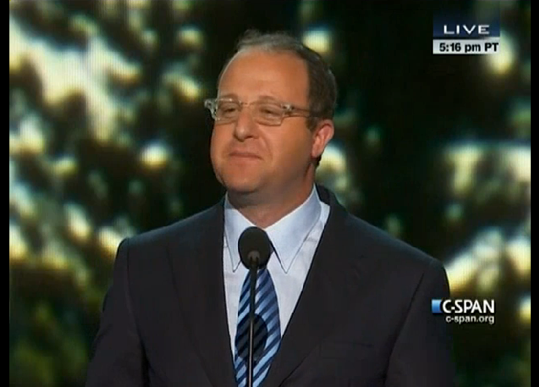 And to tell our fellow countrymen and countrywomen; gay and straight; Christians, Jews, Mormons, Muslims, and nonbelievers; rich and poor; black and white; Latino and Asian; east and west; north and south — It’s time to tell them “Yes”!

Together — Together, we are stronger.

Together, we are better.

Together, we are America!

And that’s why we must continue bringing America together.

Yes, it’s just a mention. No, it’s not referring to policy. Yes, it’s similar to the rhetoric President Obama used during his Inaugural Address. But it’s inclusion in the fabric of American society and that’s worth more than a brief soundbyte would suggest.