Ask Richard: Religious Wife Asks How to Raise Kids with her Atheist Husband

When we married, my husband and I held similar religious beliefs. Through the years, however, we have taken different paths. My husband is atheist and believes that religion and faith are not only limiting to the human experience, but dangerous. I have a deeply rooted belief in God and believe that faith and religious participation are crucial to what it means to be human. Having already been on quite the journey in our relationship, we can now understand and respect the other’s right to their own point of view.

However, we have four children and we cannot agree on how to raise them. Since we started out as a religious family, the children have been and are being raised in my religion. But as you can imagine, my husband takes great issue with this. We want him to have an equal voice in our children’s upbringing, but we do not know how to accomplish this without 1) compromising our separate viewpoints, 2) confusing and upsetting our children (our two oldest at 13 and 10 definitely identify themselves with the religion they have been raised in), and 3) creating more division in our family.

We were once advised by a marriage counselor to find a third solution – not settle for my solution or his solution but find a third solution that both of us agree on. We have not yet been able to find such a thing that works in practical, everyday application. This unresolved issue continues to take a toll on our marriage, our family, and even spills over into effecting our personal and professional goals.

If you have already addressed this issue, please direct me to your previous answer. I noticed a post along similar lines in the forum and although I have read (and admire) much of your Ask Richard blog, I haven’t been able to find an article about parenting from different viewpoints.

Firstly, I commend you and your husband for focusing on being fair and inclusive in your relationship, even though it makes things more complicated. It’s probably why you have been able to continue your “quite the journey” together. The two of you must be doing something right, and whatever it is is all too rare in couples who have mixed religious views.

A difference in religious views is the most divisive of all conflicts. Couples sometimes split up over issues about money, sex, politics, in-laws, and dozens of other things, but religion is the biggest deal breaker. Even if a couple finds ways to adjust to their religious differences through each successive stage, from friendship, through courtship, and into marriage, the crisis that will severely test all of their ability to adjust, the breaker of all those previous deals is how to raise the kids.

The third solution is whatever your kids themselves will come up with.

This will require something that might be very difficult at first for either or both of you in your roles as parents: You’ll have to trust and accept your children’s judgment. You’ll have to let them find the way that is right for them.

You, Julie, will need to decide what is your primary goal. Is it that the kids adhere to your religious beliefs, or that they are free to make their own well-informed decisions about religion?

Similarly, your husband will have to decide if his primary goal is that they reject religious beliefs, or that they are free to make their own well-informed decisions about religion.

If your and his goals are the polar opposites, your children will become ropes in a tug-of-war, in a double bind similar to that faced by children with divorced parents, even if you don’t divorce. They have natural loyalties to both of you, but they will have to choose, or at least pretend to choose between your opposing views. This compels them to go against their loyalty to one of you. Since they will want to avoid that, the bind will encourage them to lie, to equivocate, to evade, to hedge, to people-please. It’s a double bind because no matter what they do, even their attempts to get along with both, they’re in the wrong. They will be more likely to let their thoughts about religion remain a muddled, unresolved mess that they will associate with guilt, resentment, conflict, and sadness.

If both of your goals are to let them make their own well-informed decision, then I don’t think you need to worry about “confusing or upsetting” them. You and your husband do not need to present a seamless, unified response to their questions about religion. You can present your view, and he can present his, without any tone of disrespect. Your kids are capable of understanding, in terms according to their different ages, that people can have contrary beliefs and opinions, and yet those differences do not have to result in a loss of love, or respect, or support.

They will definitely be confused and upset if you and your husband adamantly demand or imply that they must either agree with you or with him, and they sense that love will be given or taken away according to what they choose.

Begin to share with your children the “quite the journey” that you and your husband have already been on for several years. Involve them, in age-appropriate ways, in the processes that you and he have used to allow for your differences while still preserving your mutual respect, trust, and affection. Tell them how the two of you adjusted to each other as your views diverged. Be candid about your feelings, letting the kids know that emotions are to be felt and acknowledged, but you don’t have to take destructive action on them. Show them that when the preservation of mutual love and respect is always the central goal, the rest can be worked out.

Let your children walk with you on this journey as fellow explorers rather than being entirely and passively guided by only one of you. This will not be quick; it will take years. As they go through different stages of development, they will lean one way for a while, and then the other. Whatever path they later blaze for themselves, let them take with them the best of what both you and your husband have to offer. That would be the lesson both taught and demonstrated, that love can transcend this conflict. With that, I think they’ll become fine, wonderful human beings on either path.

It’s quite possible that some of your four children will end up tending toward your views, and some of them will go toward your husband’s views. Observing so many of these families, I’m beginning to think that it’s not entirely about early training. I think we may eventually see that genetically determined traits play a role as well.

My brother and I had exactly the same upbringing, yet we’re polar opposites on religion. Fortunately, we have plenty of love and respect for each other. This is because neither of us were forced to choose between a parent’s love and what we saw as true for ourselves. I think that’s why neither of us have made agreeing with our religious views a requirement for loving each other.

You have not specified the particulars of your religion, so I can only respond in general terms. Different religions and sub-sects might present different challenges, and extended family influences and pressures might pose their own challenges as well. The thing to focus on is to keep your relationship with your husband healthy, open, safe to be honest, frank yet gentle, proactively problem-solving, loving, and respectful. Also add large doses of humor. When your core relationship is strong, the strength will spread to your children.

I wish you and your family a shared life of joy and satisfaction. I think all of you have everything it takes just as you are.

You may send your questions for Richard to

September 4, 2012
Reality Check: There Will Be No Holy Caliphate in Tennessee
Next Post 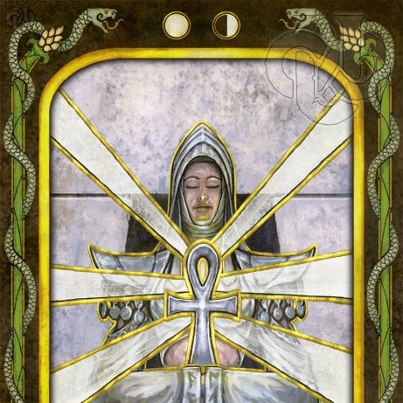