Why Can’t This Atheist Accept Her Husband’s Loss of Faith? September 2, 2012 Hemant Mehta

Why Can’t This Atheist Accept Her Husband’s Loss of Faith?

There’s an article in today’s New York Times by Colleen Oakley that’s supposed to be cute and lovey-dovey… yet it made me angrier the more I read. 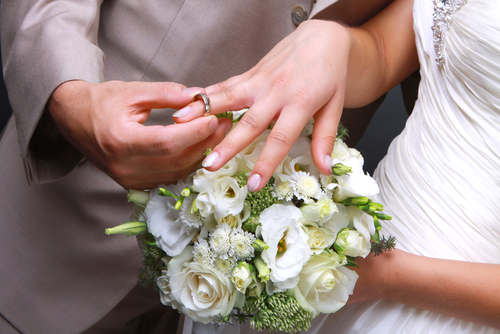 Here’s the summary: She’s not religious. Her husband is. She never knew that until they were planning their wedding and he asked that the Lord’s Prayer be included in the ceremony:

“Is the Lord’s Prayer really necessary?” I asked Fred.

“So you believe in God?” I asked him.

“And that’s cool with you?”

Fortunately, I didn’t love him for his verbosity.

Alright, I don’t understand how religion didn’t come up at all in the three years they were together. But maybe that’s just me because talking about religion is such a big part of my life. It’s not like Fred went to church or anything; he was just culturally Christian. So I guess it’s possible that it just slipped under the radar…

Anyway, she caved in and allowed the prayer to be a part of the ceremony.

So it was quite a surprise when two years ago — two years after we married — Fred announced over a Saturday breakfast of blueberry pancakes and turkey sausage that he didn’t believe in God anymore.

“I’ve been thinking a lot about it lately and I don’t know that I ever truly believed.”

Go Fred! He did what a lot of nominally religious people do: accepted the fact that it was all silly. He had “been a Christian” because his family was, too, but when he actually thought about it, he realized it was all just ridiculous.

But Colleen’s reaction is hardly one of gleeful dancing:

… why did his revelation make me so uncomfortable?

Christians and religious zealots might say that deep down I was searching for a sense of peace that only the Lord can provide. Maybe, but I doubt it. I know myself enough to know that I can’t fuse my intellectual knowledge with a blind faith in a supreme deity. It just won’t ever happen.

But I did realize I liked the comfort of other people believing, especially my other half. It made me feel safe. Not believing in something, or not being steadfast in what you’re told to believe, can be frightening. It makes those pesky existential questions in life more difficult to answer, particularly when you wake up at 4 a.m., short of breath from contemplating the finality of death.

Fred’s faith was my safety net, just in case this whole God thing really was the way. With him, there was always the chance that when I got to the bouncer at Heaven’s door and my name wasn’t on the list, I could say: “Hey! I know someone inside.”

Ugh… an atheist who accepts Pascal’s Wager. That’s gotta be just one level above S.E. Cupp.

Throughout the rest of the article, her husband just accepts that there’s nothing supernatural out there and isn’t afraid to admit it. Meanwhile, Colleen can’t seem to deal with that. She gets upset when he admits there’s no such thing as a soulmate (because you don’t have a soul and because there’s no one “up there” to designate one special person just for you)… even though she doesn’t believe in them either. She’s mad at him because he’s “as cynical” as she is.

Gotta love those kinds of arguments…

Her: Baby, do I look good in this dress?

Him: Yeah, you look great.

Then there’s the birth of their son and the inevitable question of whether they should take him to church (correct answer: No) just so he has a “spiritual base,” even though both parents reject it. It’s Fred to the rescue:

“Wouldn’t it be hypocritical for us to make church a priority when neither one of us believe in the philosophies taught there?” he asked. “I feel like I would be lying to him.”

“Well, we believe in being kind to one another and not lying and not killing people and not committing adultery,” I said.

“Do you believe that Jesus died on a cross for your sins?” he asked me.

“That’s my point,” he said. Then, after a beat of silence: “If you want to go to church, I’m in full support of that. I think it’s great for Henry to learn about religion and spirituality. But I think in our family we should always be honest with him about our beliefs.”

The whole article reeks of someone who thinks she’d probably be better off if only she could just get her mind to stop thinking so damn logically.

Speaking of which, this is how Colleen describes her own beliefs:

Even at a young age, I thought God and heaven were pacifying ideas to keep people from being afraid of death. Though my judgments of Christianity and belief have evolved to a more nuanced understanding, my lack of faith has not changed.

I don’t know how “belief in nonsense” needs more nuance, but it seems pretty obvious that she’s an atheist. A nominal atheist? Maybe. But an atheist nonetheless. At the very least, she’s made up her mind on the issue of God.

But the title of the article?

An Agnostic’s Guide to Marriage

How is she agnostic? She’s clearly taken a stance on the God issue, which nullifies the word (at least the way I tend to hear it used). The article should’ve been called “The Self-Loathing Atheist’s Guide to Marriage.”

September 2, 2012 Is There An Atheism 'Schism'?
Browse Our Archives
What Are Your Thoughts?leave a comment