A Psychic Comes Clean About His Trickery in New Book September 1, 2012 Hemant Mehta

A Psychic Comes Clean About His Trickery in New Book

Mark Oppenheimer of the New York Times has the story of a psychic who is finally admitting that he was faking it all along.

The subject, Mark Edward (no relation to John Edward), has written a new book — with a foreword by James Randi — titled Psychic Blues: Confessions of a Conflicted Medium. 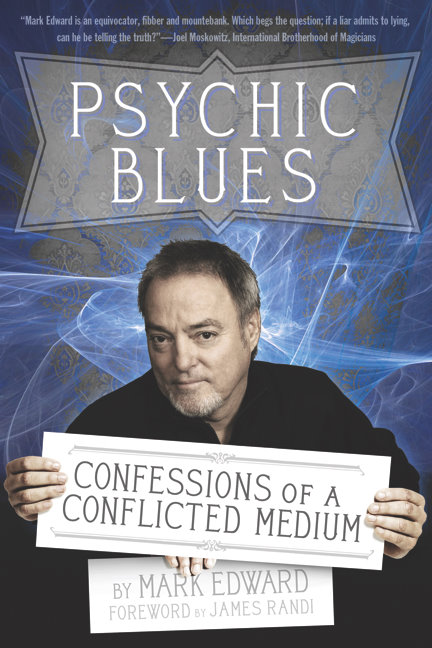 In his messy yet fascinating new book… Mr. Edward, 61, comes clean about the tricks that he has used to dupe people since he began working the Los Angeles magic scene in the 1970s. His book is a strange mishmash of self-pity, self-justification and genuine repentance — and a compelling look at the disputed territory where entertainment meets religion, where some practitioners actually think they can practice both at the same time.

Why come out now?

In an interview this week, Mr. Edward said that after years of sympathizing with the skeptics but making money from people’s gullibility, he felt he had to choose sides.

Good for him. Hope others follow in his footsteps.

September 1, 2012
Christian Puts Up Billboard with Bible Verse Not Realizing He Just Threatened the President's Life
Next Post

September 1, 2012 My View of the Atheist Movement... Circa 2007
Browse Our Archives
What Are Your Thoughts?leave a comment