Alright, I think I may be onto something here.

Over the weekend, the New York Times ran an article on authors who paid to get fake five-star book reviews on Amazon (as well as positive reviews on other websites).

This is the part that caught Reader Vani‘s attention:

[Owner of GettingBookReviews.com Todd] Rutherford’s busiest reviewer was Brittany Walters-Bearden, now 24, a freelancer who had just returned to the United States from a stint in South Africa. She had recently married a former professional wrestler, and the newlyweds had run out of money and were living in a hotel in Las Vegas when she saw the job posting.

Ms. Walters-Bearden had the energy of youth and an upbeat attitude. “A lot of the books were trying to prove creationism,” she said. “I was like, I don’t know where I stand, but they make a solid case.”

For a 50-word review, she said she could find “enough information on the Internet so that I didn’t need to read anything, really.” For a 300-word review, she said, “I spent about 15 minutes reading the book.” She wrote three of each every week as well as press releases. In a few months, she earned $12,500.

“There were books I wished I could have gone back and actually read,” she said. “But I had to produce 70 pieces of content a week to pay my bills.”

So Walters-Bearden was writing fake positive reviews for books that exalt God for creating the world… books written by “godly” authors who appear to have no ethical problems getting people to lie about how good their book is.

I’m not just passively annoyed by this. I’m seriously angry. As someone who has written a book and plans to write more, I’m not paying for people to pretend they’re good. If I get good reviews, it’s because readers were kind enough to say as much. It’s one thing to sell a business book and then pay for positive praise. But when you’re promoting religious beliefs that are all about being an ethical person? The least we can do is call you out on it.

But which books received paid reviews?! That’s what I wanted to know.

The PR company won’t tell, of course. The NYTimes article didn’t tell (at least they didn’t talk about the religious books). So I was left to dig up the information myself.

So I started searching for Creationism books with reviews written by Walters-Bearden. No luck. Then I tried a different tactic. I started searching under some of the books listed in the NYTimes piece — Write Your First Book by Peter Biadasz and Infinite Exposure by Roland Hughes.

While Walters-Bearden’s name was nowhere to be found in the five-star reviews for those books, there was one reviewer in common for both of them: Mihir Shah.

So I looked up Walters-Bearden’s name and Shah’s name together on Google.

It wasn’t a fluke. It turns out both of them have reviewed the same three books on other websites.

Coincidence? I doubt it. My working assumption was that they were both hired by the same company to review these books.

That led to this train of thought: If Mihir Shah had reviewed any religious books on Amazon, they must not be genuine reviews; they were reviews paid for by the authors.

Next step: Let’s look at what God-focused books Mihir Shah has reviewed on Amazon. There were 154 reviews to sift through, but here’s a selection of what I could find (along with excerpts from Shah’s reviews). I didn’t include every book dealing with God, but I did list the ones that ought to be least likely to pay for praise. Set Up To Win… is a testament to never giving up, regardless of how high the odds may be stacked against you. As a former addict and participant in street violence for over thirty-four years, Minister Toney’s transformation is proof that God wants the individual to win.

In the spirit of his previous novel, The Prayer Promise of Christ, award-winning Christian author Edward F. Mrkvicka’s No Innocent Affair “is dedicated to those Christians who truly value the word of God.” Throughout this book, Mrkvicka emphasizes that the cost of infidelity and adultery normally heavily outweigh the pleasure attained in committing the deed.

Above all else, Ungerecht seeks to find a unifying thread between religions that will allow human beings to not only explore, but understand and embrace the higher significance and purpose in life.

Thematic elements such as surrendering, trust, and unifying with God are the central themes of this guide. Ultimately, Know God and Love Him: Prayers with Scripture is recommended for anyone who seeks a spiritual clarity of mind, and who wishes to establish a more spiritual purpose in life.

Ultimately, Divine Knowledge Transfer: Applying Biblical Principles to Communicating, Public Speaking, Educating, and Overall Living kills two birds with one stone, by both helping people to enhance their communication skills as well as to understand the most profound of all messages, God’s Word. 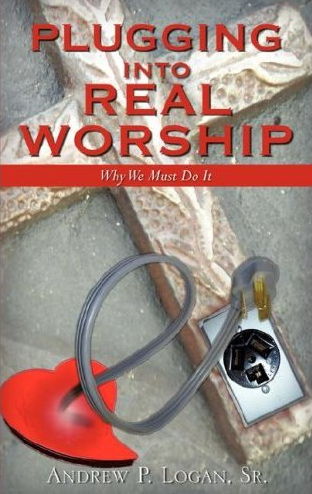 In the modern world, individuals have mastered the art of finding loopholes and rationalizations to disobey — and feel good about it. To make matters worse, many pastors and their ministries are raising their own status above God, and thus, preventing churchgoers from being blessed with true worship.

Ultimately, Andrew Logan, Sr.’s Plugging into Real Worship is a must read that provides invaluable insight into authentic worship and why worship is necessary. It has the power to inspire renewed belief in God and clarify the stance of indifferent individuals regarding worship.

A Common Path: The Future of Religion, Science and Spirituality by Alan D. Bourey (reviewed 5/26/2011)

Using legal concepts such as burden of proof and circumstantial evidence, Bourey strips away the fluff and digs right into the good stuff. From how the universe was created and the existence of God to what happens after death and if everything happens for a reason, A Common Path is all encompassing and a worthwhile, enlightening read for all the thinkers in the world.

Prayers for Everyone: Prayers with Sacred Scripture by Joanne M Rypma (reviewed 11/25/2010) 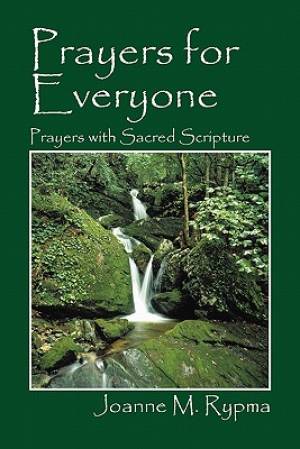 While this text is ideal for someone preparing to participate in a ministry, it is also an excellent resource for the ordinary person desiring to learn more about Jesus and His message.

Again, I haven’t been able to verify all this yet. But paying for positive reviews is shady and people who pride themselves on their ethical goodness should be the first to say no to the practice.