How the Atheist Movement Failed Me – Part 2: Dealing with Diversity August 27, 2012 amanda

How the Atheist Movement Failed Me – Part 2: Dealing with Diversity

A few weeks ago, I detailed a specific failure of the organized atheist/secular movement regarding cost and accessibility. This week, I am back with the second and final chapter — See? I don’t have that many complaints! — of specific areas where I have felt that the atheist and secular community have fallen short.

Aggressively policing each other for not focusing “enough” on “atheist issues” and general hostility for those who deviate from the script. 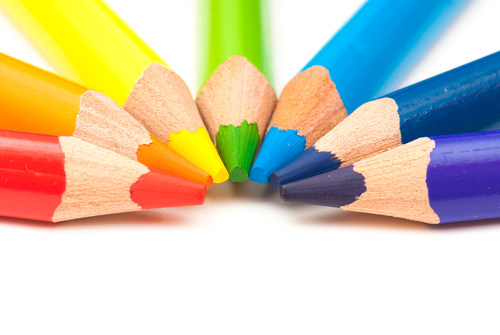 The amount of pushback that certain topics get — feminism and social justice, in particular — from the atheist blogosphere rivals any squabbles that I have seen in Christian spaces, often times with equivalent or greater vitriol and self-righteousness. The problem, though, isn’t that we fight amongst ourselves — I consider that a positive sign that we are working through tough issues. (Coincidentally, Greta Christina wrote a post on this very topic that says everything better than I could. As usual.)

The problem is that many of us — myself included — will often offer critiques that lack or completely forego the level of critical thinking and reason that we apply to religious belief. Part of the reason these squabbles are so dangerous is that a) demanding that atheism be limited to God-and-only-God actively excludes anything that falls beyond it and b) they potentially exclude entire populations who may be more inclined to agree with the god-and-only-god issue, if we would only put it in terms that are more relevant to their own interests. Not dealing with these problems is detrimental to our (hopefully movement-wide) goal of being more inclusive.

The thing is: Discussions are not a zero-sum game. If I decide to talk about social justice and why I think it’s important, it does not prevent anyone else from discussing other topics. More importantly, discussing my own interests — in topics like feminism or social justice — may be able to convince religious people who also care about those topics to take a second look at their own faith.

This perspective is particularly puzzling considering that people who comment to gripe about the fact that a blog post isn’t directly about atheism are probably perfectly capable of starting their own blog and publishing posts on whatever topic they please. (And, for the record, I stumbled into this whole blog-writing business by tentatively emailing Hemant about a post I had written on my personal blog that I felt might be relevant to FA readers; I had no prior presence in the online community and was pleasantly surprised to find that my limited perspective was welcome, too, despite my newbie status and non-existent following. One of the best things — yes, something positive! — about the atheist movement is its grassroots nature; anyone with an internet connection and decent writing skills can become an advocate for the atheist community. No need for approval from an Atheist Pope!)

We all know that atheists come from every corner of the known universe, in every size, shape, and color, yet our mainstream representation is still predominantly white and male. Presumably, women make up around 50% of the atheist movement, yet we still struggle to achieve parity in terms of speaking engagements, leadership roles, conference attendance, and attendance at local events, as well as a pattern of hearing our concerns belittled or erased entirely. Anecdotally, the events I have attended — both local group meetings and larger conferences — have been dominated by white men, both in attendance and leadership roles. I had the best time at the Madison Freethought Conference but was still unsettled that women made up only 19% of the speakers. (Other conferences have been improving in this regard, but not without proactively attempting to level the playing field. Being race- or gender-blind does nothing but reinforce the status quo.) I just moved across the country, and one of the first things my husband and I did was look on Meetup.com to search for non-theist/atheist gatherings. At the Skeptics in the Pub event we attended, I was the only woman in attendance until the grand total of three other women trickled in over the course of the evening, out of the fifteen or twenty-odd individuals who came.

Does this mean that I won’t be attending any more conferences or local meetups? Absolutely not! Quite frankly, if I value community with non-believers, these meetups are my only option (If I want to develop relationships with like-minded individuals outside of the internet, that is — and I wholly accept that an online level of community may be all that some people need). The questions are why is this the reality and what can we do to change it?

We say that we want atheism to be an inclusive movement, but our actions betray us by constantly reverting to a script of what we think the atheist movement “ought” to care about. If we really want more diverse representation in the atheist movement, in terms of race, gender, sexual orientation, and personal priorities, then we need to honor that diversity rather than questioning whether or not it should exist and have a platform. If we want diversity in our movement, we have to fight to include it, not skate by doing the same-old, same-old and expecting that women, minorities, and families will feel included in a movement that does not seem to reflect their needs, or cares to.

This is why the “this isn’t an atheist issue; why are we wasting time on it?” question is so frustrating to deal with, particularly when atheist blogs are often dominated with topics that are not directly related to atheism, but are relevant to the secular movement at large. Even separation of church and state isn’t linked in any way to why we don’t think gods exist; to be a complete pedant, if we want atheism to stay entirely “pure” and “relevant” we should really only be talking about why we don’t believe in the supernatural and nothing more. We can completely accept blog posts concerning the fight for marriage equality, but post something about feminism and commenters run for their torches and pitchforks. Which is kind of strange, considering that both feminism and social justice intersect with religious dogma in the same way the GLBTQ movement does. So why is it acceptable for atheists to talk about gay marriage when other non-atheist topics are treated with contempt and constant trolling?

The hardest thing I have faced in a classroom as an educator thus far has been attempting to explain concepts that feel like second nature. Grammar? I just know that sentence is incorrect; how can I explain the problems in this sentence to an individual that doesn’t know the difference between a subject and verb?

The same is true, I think, for belief and identity. When I deconverted, I learned a ton. I spent hours and hours reading, listening to podcasts and debates, and writing privately on my own. Lots of people recognize the insanity in their own religion and thus arrive at the belief that their god doesn’t exist. But it’s a much tougher leap to believe that no gods exist.

Similarly, the only way to understand what the world is like through the eyes of a woman or a homosexual or a racial minority or a poor person or pretty much any non-mainstream identity is by listening to them. Not by telling them to “stay on topic.” There is a strong current of hyper-skepticism demanded of feminist and social justice issues within the online atheist community — particularly in the recent discussions about the need for adoption of harassment policies — that is not demanded of other topics, and that hyper-skepticism places marginalized groups in the difficult and uncomfortable position of justifying their needs and desires.

The problem lies in the fact that many atheists a) seem content to defend atheism’s narrow script and b) demand that evidence be presented to justify listening to the claims in the first place. So the deck is already stacked against the few people with the guts to address the issues tangential-but-still-related to atheism; they either say nothing and their silence exacerbates the current climate, or they jump into the fray and wind up burnt out and/or threatened. Thankfully, in the time it took me to compose this piece, Jen McCreight and a battery of whip-smart commenters have conveniently created a new label for atheists concerned with social justice, and I think you’re sexy if you’re rocking the A+ label. (Let’s be friends.)

And, although this is just my personal opinion, I think it’s important for atheists to be on the right side of history, and to apply reason and evidence to all areas of life, not just the comfortable parts. That means we have to start exploring areas where belief in god plays a secondary role to another issue. After all, what good is demanding reason and evidence if it’s only being used in one compartmentalized area of your life?